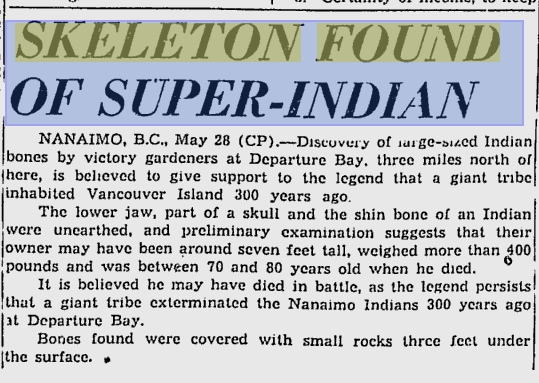 Here, is believed to give support to the legend that ‘giant tribe’

The lower jaw, part of a skull and the shin bone of an Indian

were unearthed, and preliminary examination suggests that their

owner may have been around seven feet tall, weighed more than 400

pounds and was between 70 and 80 years old when they died.

It is believed he may have died in battle, as the legend persists

That a giant tribe exterminated the Nanaimo Indians 300 years ago at Departure Bay.

Bones found were covered with small rocks three feet under the surface.