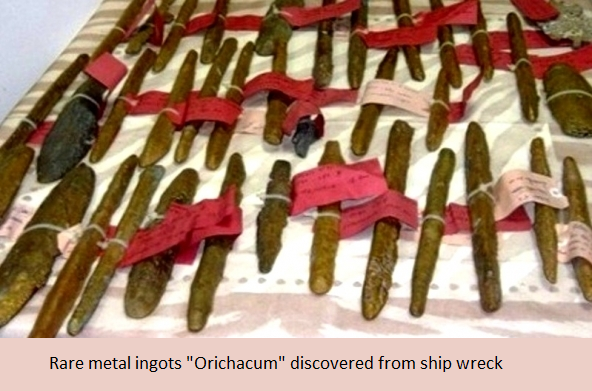 Orichalcum or aurichalcum is a metal mentioned in several ancient writings, including a story of Atlantis in the Critias dialogue, recorded by Plato. According to Critias, orichalcum was considered second only to gold in value, and was found and mined in many parts of Atlantis in ancient times. By the time of Critias, however, it was known only by name.

umismatics, orichalcum is the golden-colored bronze alloy used for the sestertius and dupondius coins. In many sources of pop culture, such as novels and video games, orichalcum is presented as a valuable ore that can be mined and crafted into powerful armor and weapons.  Wikipedia

Today most scholars agree orichalcum is a brass-like alloy, which was made in antiquity by cementation. This process was achieved with the reaction of zinc ore, charcoal and copper metal in a crucible. Analysis has shown they are an alloy of copper, zinc, lead, iron and nickel. Orichalcum has been described as white or gold in color and also referred to as copper.  The combination of those metals found in the alloy in that wreck does not match the description of Atlantean orichalcum.  There are many metal types including contaminated Bronze that has been labeled Orichalcumm so an exact formula if what Plato described is difficult for the novice to pin-point. 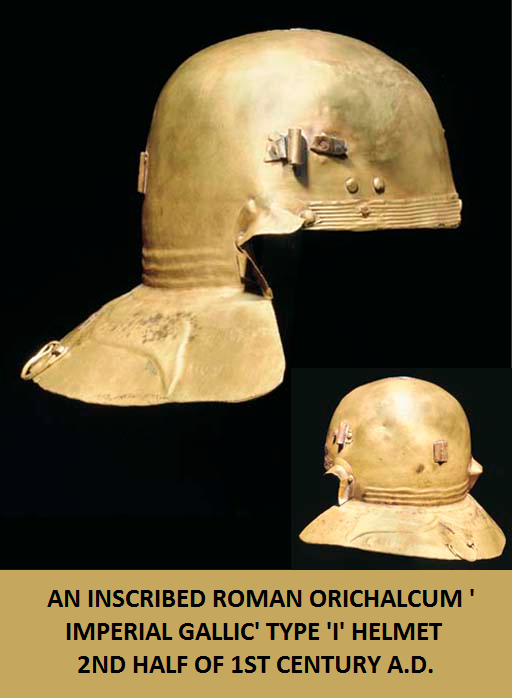 Analyzed with X-ray fluorescence by Dario Panetta, of TQ – Tecnologies for Quality, the 39 ingots turned to be an alloy made with 75-80 percent copper, 15-20 percent zinc and small percentages of nickel, lead and iron.

“The finding confirms that about a century after its foundation in 689 B.C., Gela grew to become a wealthy city with artisan workshops specialized in the production of prized artifacts,” Tusa said.

The 39 ingots recovered from the wreck were indeed destined to these workshops and were used in high quality decorations. Discovery News
This alloy was a product of metallurgy beyond the knowledge of the greeks at the time, and the methods kept secret on the metallurgist’s behalf.

X-ray fluorescence analysis of 39 ingots suspected to be orichalcum, recovered from a 2,600 year old shipwreck off Sicily, found them to be a brass alloy made with 75-80 percent copper, 15-20 percent zinc and small percentages of nickel, lead and iron

The Baghdad Battery is believed to be about 2000 years old The jar was found in Khujut Rabu just outside Baghdad and is composed of a clay jar with a stopper made of asphalt. Sticking through the asphalt is an iron rod surrounded by a copper cylinder. When filled with vinegar – orany other electrolytic solution –

The Orichalcum rods are very similar and may in fact be a more powerful rod than just simply a copper rod. This is possibly a shipment of battery rods for electrical batteries. Testing the conductivity with Orichalcum compared to copper has not been done. Orichalcum is a form of Bronze that is corrosive resistant,