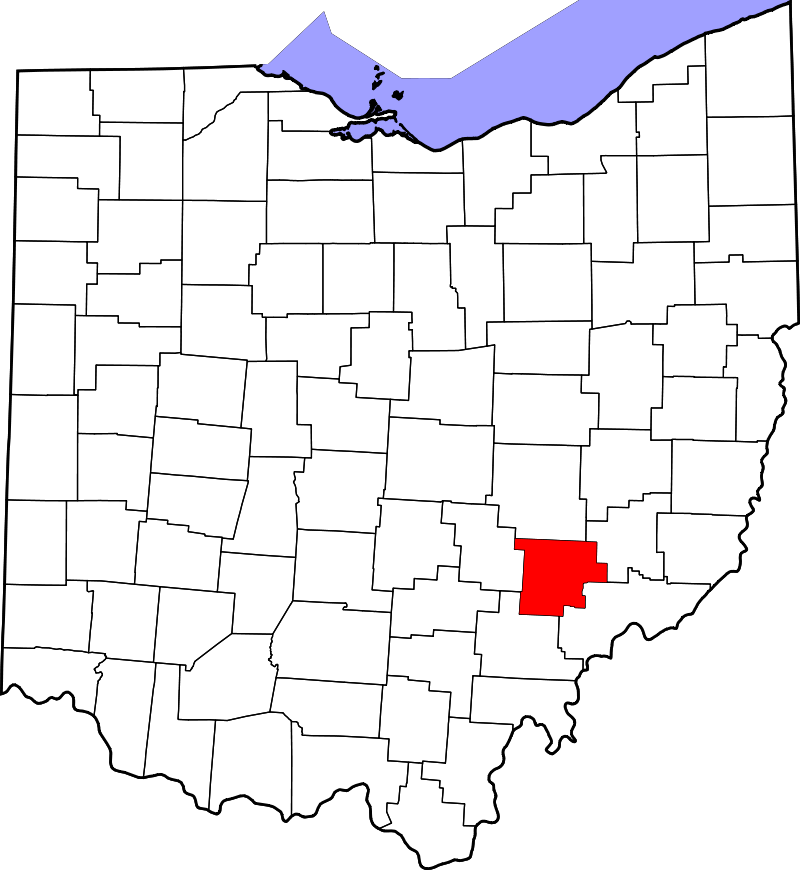 Morgan County was formed on December 29, 1817, from portions of Guernsey, Muskingum and Washington counties. It was named after Daniel Morgan, a member in the Congress from Virginia, and general in the American Revolutionary War.

We obtained from Mr. Lewis of Homer Township; a gentleman whose statements may by implicitly relied on, the following information concerning the recent opening of a mound in Homer Township. The mound in question is on the Jonathan Pedicord farm now owned by Mr. Jas Carpenter. It is, or was about 30 feet in diameter, and almost 6 feet in height. Induced to do so throughout mere curiosity, Mr. Carpenter hitched his team to a road sraper a few days since, and began the work of moving the earth of which the mound is comprised, and which was so soft and loose that nothing more than a scraper was needed for the work. After about two feet at the top had been taken off, a basin shaped vault, four feet in depth was discovered. The side of the vault was hard smooth dressed, and in the bottom was found considerable quantity of ashes, showing that the fire had been used in its construction. But the most startling discovery was that of no less than nine skeletons packed in around the rim of this basin. They were placed with their faces downward. and in tiers of three in one place, three in another, and two in another, while the “boss” lay off by himself. Then there was this peculiarity. On top of each skeleton and extending from the head down over the body to the extremities, was a large flat dressed stone, which on being removed showed the skeleton entire. The bones were in a good state of preservation when first exposed to the air, but on an attempt to remove they parted at the articulations otherwise they are about like those seen in the office of physicians. One thighbone measured 18 and a half inches in length. Carpenter has the whole lot piled up like stove wood. Curiosity seekers are beginning to carry away portions of the skeletons. The skull of the “boss,” who lay alone is very large. The lower jawbone will go over that part of a living man;s corpus, without touching. The teeth found in the skull were sound as a dollar. The neighborhood boys have about all tried their hands in extracting them until not more than two or three are left. But the most singular thing of all is that a perfect horn, pointing forward and downward grows out of this skull just back of the ear on the left side. Mr. Parsons says, if you don’t believe me, come and see.” The horn is about an inch and a half long. Through lack of care, the right side of ths skull was smashed to pieces in the place where the horn ought to have been found.

Mr. Parsons told us a good many other interesting things about this wonderful mound, and its dead, and then gave it as his opinion that the skeletons belonged to a race of people of greater antiquity than the ancestors of the red devils who are making such a row up in the northwest just now.