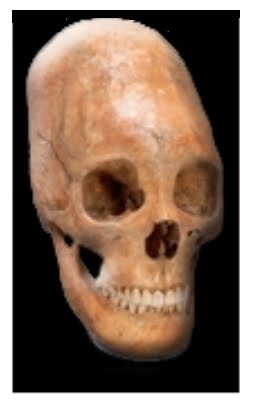 Below are some Hun skulls.Occupying Mongolia, . . . they regularly recruited conquered Native peoples into their ranks.. In Europe, the Huns settled as far as Germany and Switzerland, and their graves in that period show that the Germans  (also had elongated skulls.). . . The period of conquest is thought to have been the reason why Germans were called “Huns” during WWI. Mongolian