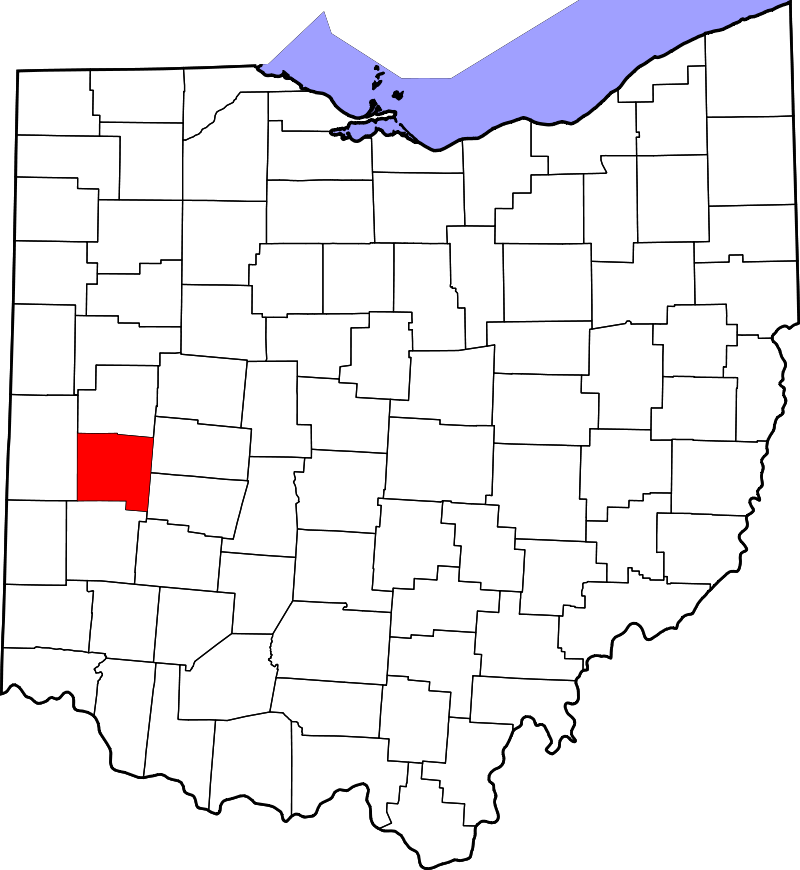 The county is named for an Indian word of disputed meaning.

A giant skeleton of a man has been unearthed on the Wolverton farm, a short distance from Tippecanoe City Ohio. It measured eight feet from the top of the head to the ankles, the feet being missing. The skull is large enough to act and a helmet over the average man’s head. The skeleton was one of seven buried in a circle, the feet all being toward the center. Rude implements were near. The skeletons are thought to be those of the mound builders.