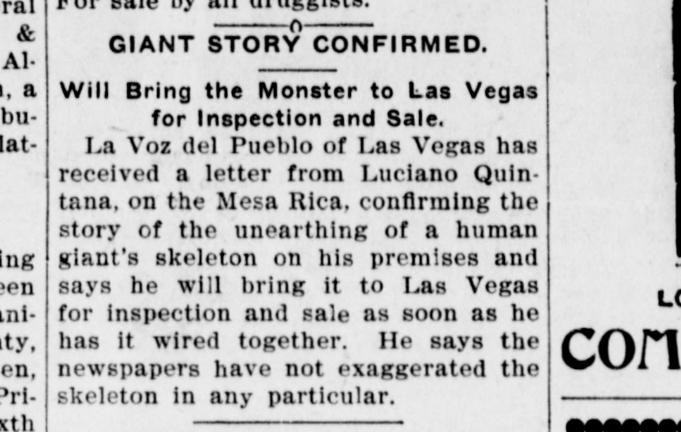 La Voz del Pueblo of Las Vegas has received a letter from Luciana Quintana, on the Mesa Rica. confirmed the story of the unearthing of a human giant skeleton on his premises and says he will bring it to Las Vegas for inspection and sale as soon as he has it wired together. He says the newspapers have not exaggerated the skeleton in any particular.