Mass Grave of Giants in Cinncinati 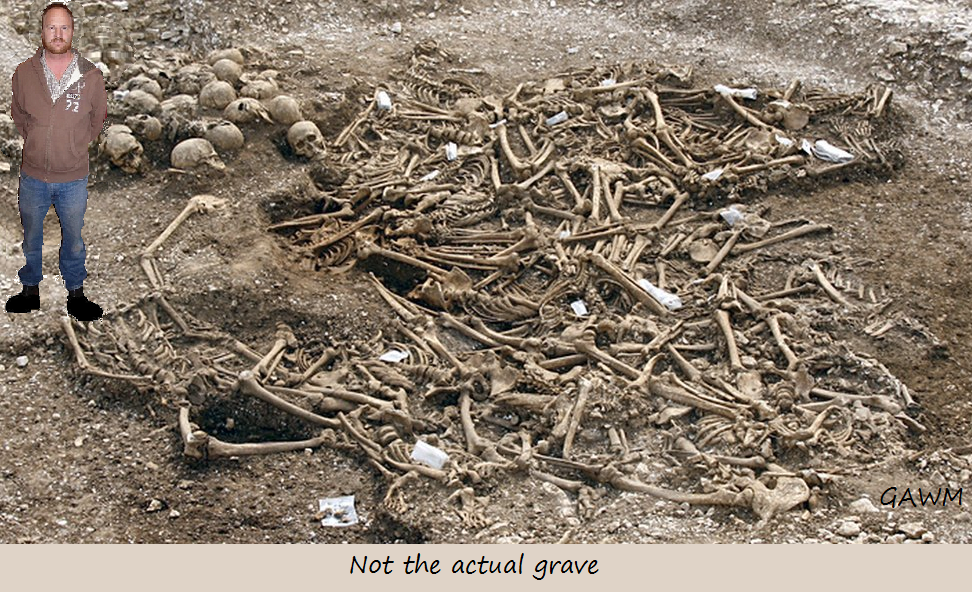 These were the skulls and bones of a people that were over eight feet tall. They have made comparisons to the shape of the skull being like modern Africans. However this might have been political racism that existed at that time. The foreheads were low and back-sweeping, however the facial angle was less than African. Cinncinati, Cinncinati.

Two bones in particular were said to be very unusual in size were the femur (upper thigh), and the and the maxillary bone or upper jaw. This is an indication of maturity and healthy aging. Cinncinati.
The largest skeleton found was from Sand Ridge Cemetery, the skeleton was quite decomposed while the skull was complete with good teeth.
These bones were taken to the Ohio Medical College, in Cinncinnati, Ohio.
Many Giant cemeteries existed in the Cinncinnati area, the largest ones are in the area of the Miami Township, which is owned at the time by Oliver Perin, a farmer.
Others exist in the Union Township owned by farmer Moses Eltunun.
Another is at the mouth of Dry Run at the farm of Daniel Turner has the largest number of skeletons found during those days.
The cemetary is a mass grave site, in its common fashion, a large ditch in which all the bodies are piled in a dis-articulation.
~Chris L Lesley
History of Clermont County, Ohio 1880
Fritz Zimmerman: The Nephilim Chronicles, Angels in the Ohio Valley.