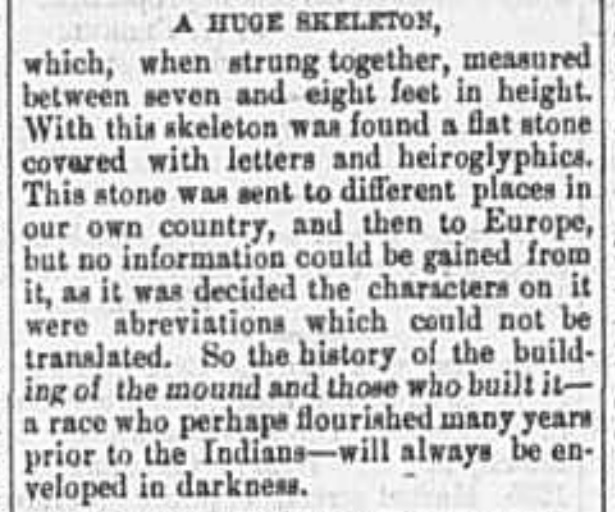 which, when strung together, measured between seven and eight feet in height. With this skeleton was found a flat stone covered with letters and heiroglyphics. This stone was sent to different places in our own country, and then to Europe, but no information could be gained from it, as it was decided the characters on it were abbreviations which could not be translated. So the history of the building of the mound and those who built it – a race of perhaps flourished many years prior to the Indians – will always be developed in darkness.