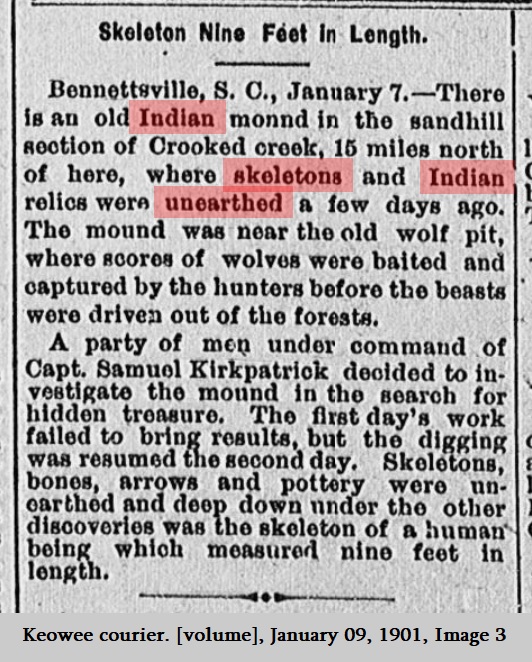 Bennettsvllle, S. C., January 7.-There
is an old Indian mound in the sandhill
section of Crooked crook, 15 miles north
of hero, where skeletons and Indian
relics wore unearthed a few days ago. The mound was near the old wolf pit,
where scores of wolves were baited and I captured by the hunters before the beasts were driven out of the forests. A party of men under command of
Capt. Samuel Kirkpatrick decided to investigate the mound in the search for
hidden treasure. The first day’s work failed to bring results, but the digging
was resumed the second day. Skeletons, bones, arrows and pottery were unearthed and deep down under the other discoveries was the skeleton of a human being which measured nine feet in length.