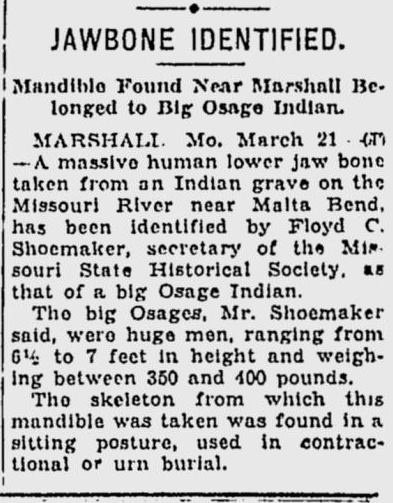 MARSHALL. Mo. March 21 – A massive human lower jawbone taken from an Indian grave on the Missouri River near Malta Bend, has been identified by Floyd C. Shoemaker, secretary of the Missouri State Historical Society, as that of a Big Osage Indian.

The skeleton from which this mandible was taken was found in the sitting posture, used in contractional or urn burial.