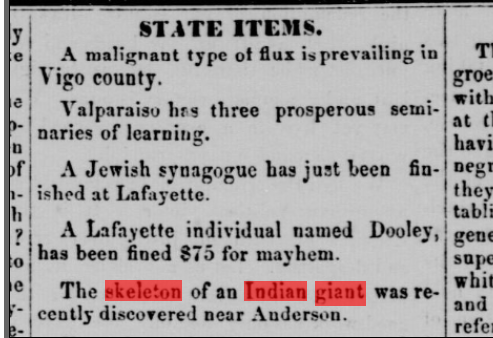 The skeleton of an Indian giant was recently discovered near Anderson. [1] 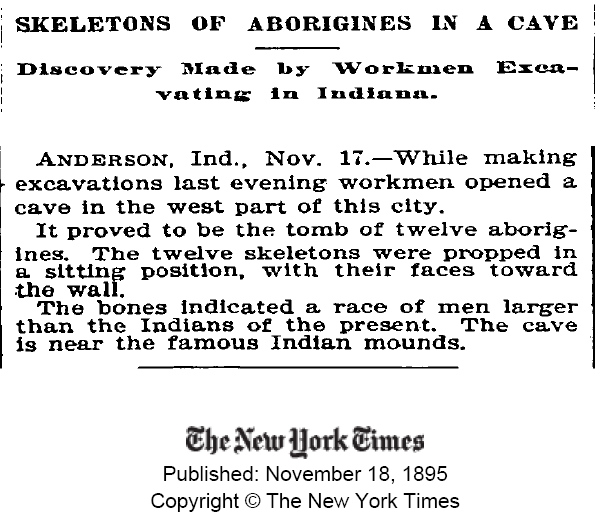