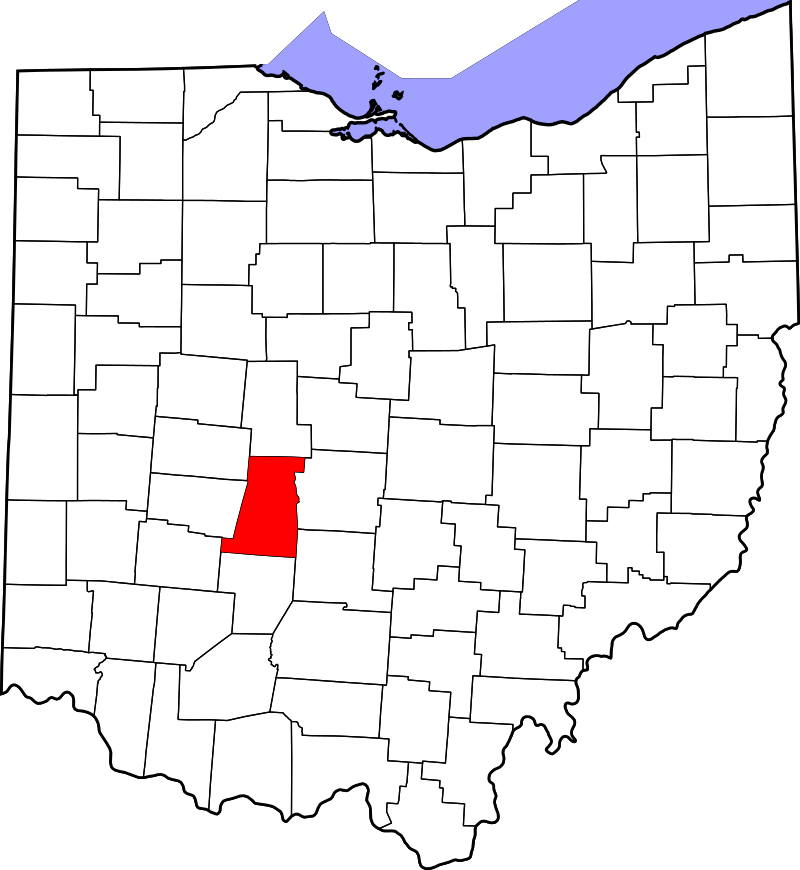 The county is named for James Madison, President of the United States and was established on March 1, 1810.

Another burial mound is located on the north bank of Big Darby, about one mile northwest of Plain City, and as this territory originally belonged to Madison County it will be proper to mention it here. It was originally about the same size of the larger mound in Jefferson Township, but is much smaller today. In 1848, a society called “The Rectifiers,” was organized in Plain City, the object of which was the improvement of morals, the advancement of education, benevolence and the institions of charity., and the developement of archaeological history. In 1850, the society opened this mound from which they took the remains of some of the skeletons. The thigh bones were very massive, while the jaw bones were sufficiently large to slip over the face of an ordinary man, demonstrating that the beings to whom they belonged must have been of extraordinary size and proportions. The teeth were found in an almost perfect state of preservation, and belonged to persons of full growth and well developed maturity. It was not understood that there was anything else of interest found here but this, like all other burial mounds, bore the same evidence of prehistoric age.