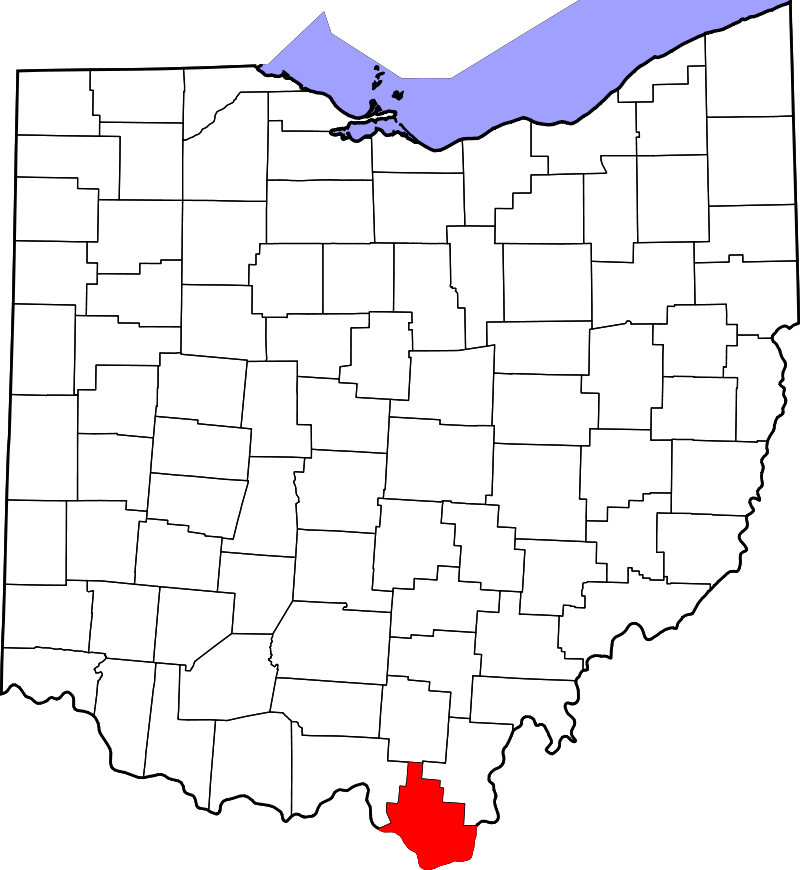 Lawrence County is the southernmost county located in the U.S. state of Ohio. The county was created in 1815 and later organized in 1817. It is named for James Lawrence, the naval officer famous for the line “do not give up the ship”.

Where Proctorville Now stands was one day part of a well paved city, but i think the greater part of it is now in the Ohio River. Only a few mounds, there; one of which was near C. Wilgus mansion and contained a skeleton of a very large person, all double teeth, and sound, in a jaw bone that would go over the jaw with the flesh on, of a large man; the common burying ground was well filled with skeletons at a depth of about six feet. Part of the pavement was a boulder stone of well preserved brick.