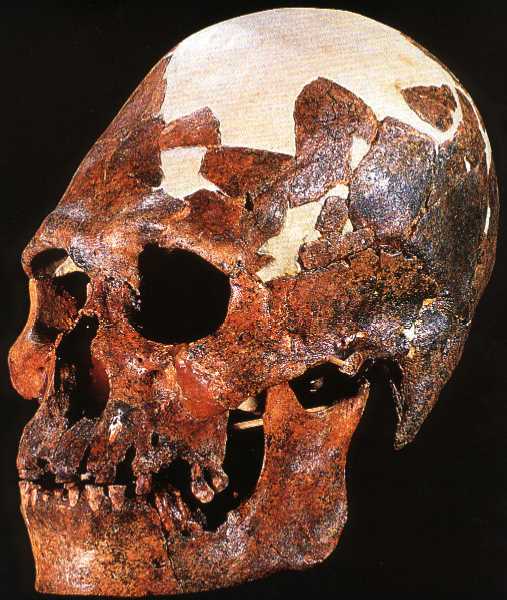 of this group of robust, early Australians. The burial is about 13 000 years old.

The long, sloping foreheads (known as extreme frontal recession) of skulls such as Cossack, Cohuna and Kow Swamp prompted the suggestion that the skulls might have been artificially flattened and deformed. Deformation by bindings or by strapping boards to children’s heads has occurred in various parts of the world, for example among the Maya of Mexico and in some of the Melanesian islands north of Australia, but it was rare in Aboriginal Australia. Among Australian Aborigines, only three groups are recorded as practising intentional head deformation, and there are no artificially flattened skulls in museum collections. These are groups from northern Victoria, Cape York and Mabuiag in Torres Strait. There is no record of what type of deformation was used in Victoria, but the other two societies pracitised infant head-pressing rather than binding. In Cape York, an observe in 1852 recorded that: ‘Pressure is made by the mother with her hands … one being applied to the forehead and the other to the occiput, both of which are thereby flattened, while the skull is rendered proportionally broader and longer than it would naturally have been.’