artefacts and freshwater mussel shells were included in the grave fill.

By a comparison of deliberately deformed Arawe (of southern New Britain) male skulls with other Melanesian male skulls that were definitely not deformed, physical anthropologist Peter Brown was able to identify the changes produced by deformation (figure 4.3). He than compared a series of skulls from Victoria, including Kow Swamp and Cohuna. Brown’s study sought to establish that Cohuna and some of the Kow Swamp and other robust skulls were artificially deformed. However, according to Thorne, an alternative explanation for the peculiarities of some robust skulls such as Kow Swamp and Cossack is that they reflect the admixture of the robust and gracile populations. Similar high, flat, sloping foreheads are seen on some contemporary Aborigines living in Central Australia, who were certainly never subjected to head-binging or pressing. 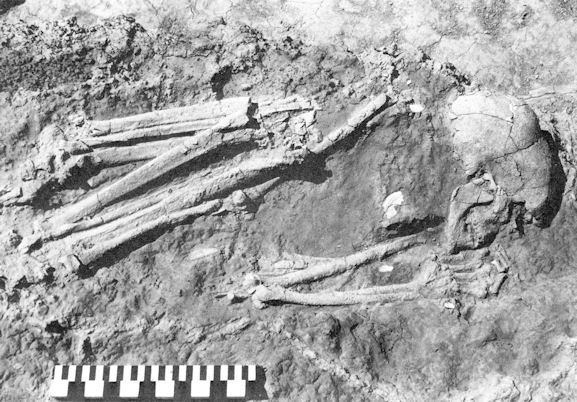