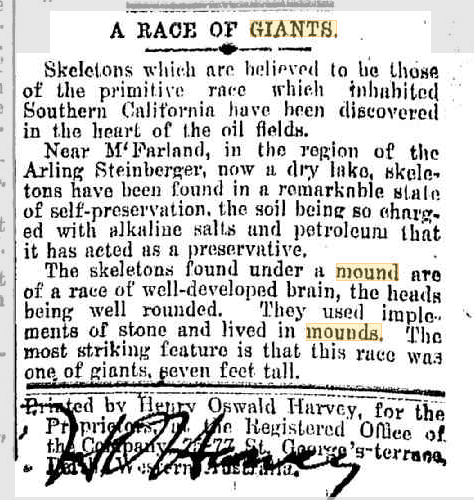 A RACE OF GIANTS.

Skeletons which are believed to be those of the primitive race which inhabited Southern California have been discovered in the heart of the oil fields. Near M’ Farland, in the region of the Arling Steinberger, now a dry lake, skeletons have been found in a remarkable state of self-preservation, the soil being so charged with alkaline salts and petroleum that it has acted as a preservative.
The skeletons found under a mound are of a race of well-developed brain, the heads being Avell rounded. They used implements of stone and lived in mounds. The most striking feature is that this race was one of giants, seven feet tall.