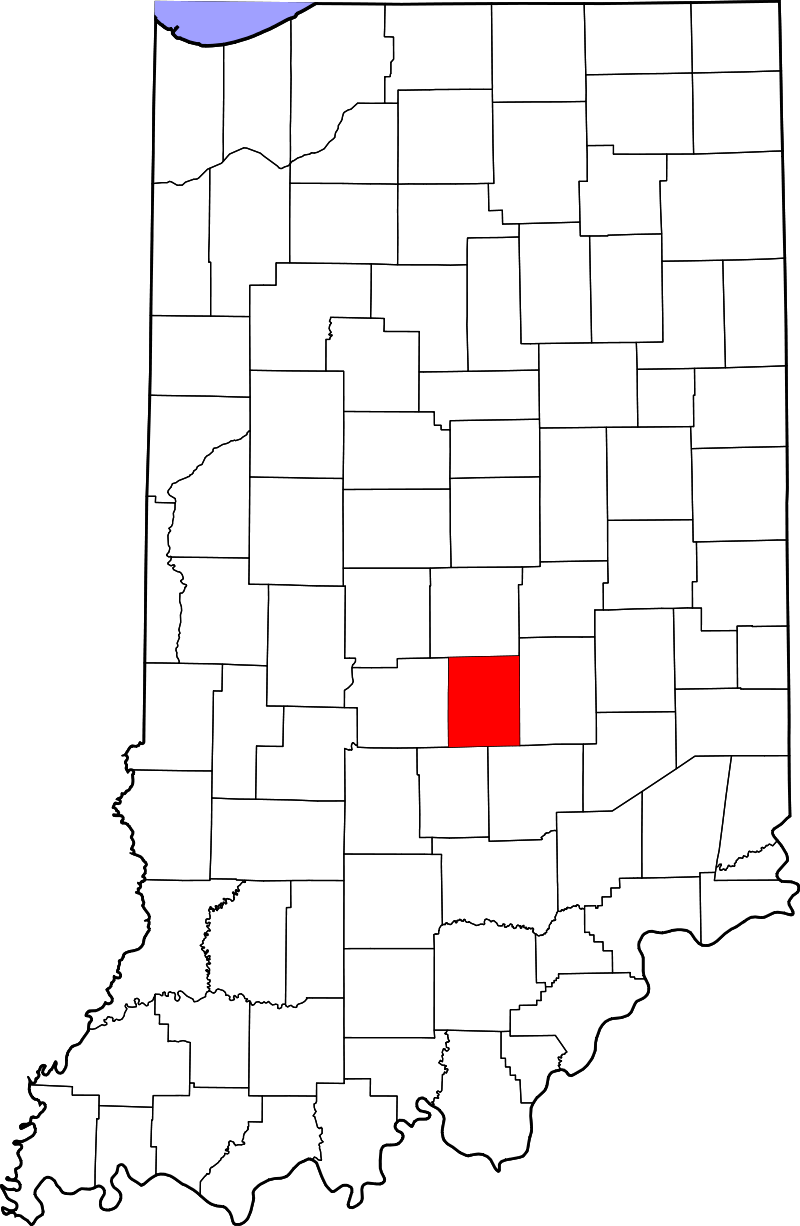 A skull of extraordinary dimensions

Johnson County was formed in 1823. It was named for John Johnson, a judge of the Indiana Supreme Court.

“During the flood of 1913,” said Mr. Potter, “the river shot across our farm a distance back into the fields. When the waters subsided  an Indian camping ground was revealed. About 20 old fire beds were found, the pot stones, which were scarcely disturbed. Charcoal between the post stones loaded as if venison might have been served the night before. The fire beds were placed in a semi-circle about fifty feet from the river bank which gradually slowed toward the water affording a convenient landing for canoes. Each end of the semi-circle or crescent lay almost on the river bank and in the center of the half circle was the largest of the fire pits– no doubt the teepee of the chief stood there. Back of each wing of the crescent and perhaps fifty feet to the rear were two other fire pits, where evidently the sentinels were posted. A small pit was found some distance away from all the others and close to this small pit were several skeletons. We picked up bits of pottery, arrowheads, an axe or two and a pair of millstones after the water had gone down. ”

Previously to the flood of 1913, Mr. Porter had constructed a levee along the western edge of the supposed site of the village. A skull of extraordinary dimensions also was found. A small bone about the size of a man’s finger protruded from the base of the temporal bone arch about one and a half inch from the skull, passed upward and attached itself to the base of the paretal bone. This peculiar formed skull was sold to R. L . Stewart of Newport Indiana.