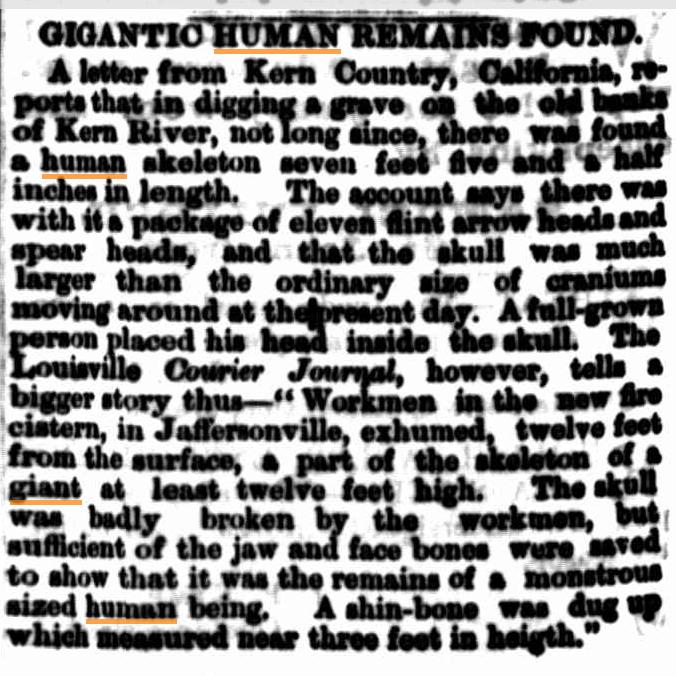 GIGANTIC HUMAN REMAINS FOUND. A letter from Kern Country ;’California,’ro ports that-in digging a grave on the old banks of Kern River, not long since, there was found a human skeleton seven foot’ flve-and-a-half inches in length. . The account says there was with it a packagoe of eleven flint arrow heads and spear heads, and. that.the skull was much larger than the ordinary size of craniums moving around at the present day. A full-grown person placed his head inside the skull, The Louisville Courier Journal, however, tolls a bigger story thus-” Workmen in the aew fire cistern, in Jaffersonville, exhumed, twelve foot from the surface,, a part of the-oskeleton of a giant at least. twelve feet high. .The skull was badly broken by the workmen, butt eufnlcient of the jaw and face bones were saved to show that it was the remains of a monstrous sized human being,” A shin-bone was dug up which measured near three foot in heigth.”