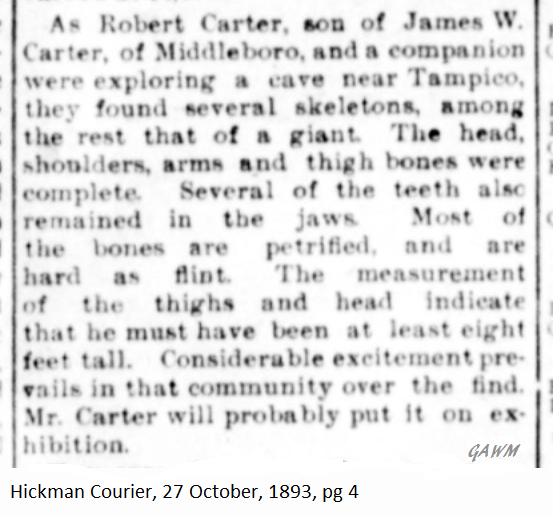 As Robert Carter, son of  James W. Carter, of Middlesboro, and a companion were exploring a cave near Tampico, they found several skeletons, among the rest that of a giant. The head, shoulders, arms and thigh bones were complete. Several teeth also remained in the jaws. Most of the bones are petrified, and are hard as flint. The measurement of the thighs and head indicate that he must have been at least eight feet tall. Considerable excitement prevails in that community over the find. Mr Carter will probably put it on exhibition.