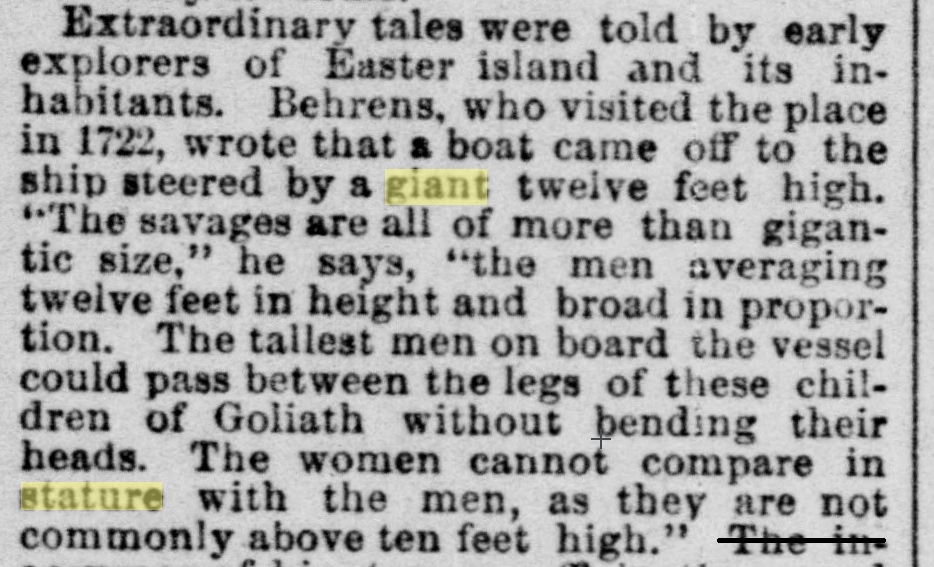 Extraordinary tales were told by early explorers of Easter island and its inhabitants. Behrens, who visited the place in 172″-‘, wrote that a boat came off to the shin steered by a giant twelve feet high. “The savages are all of more than gigantic size,” he says, “the men averaging twelve feet in height and broad in proportion. The tallest men on board the vessel could pass between the legs of these children of Goliath without bending their heads. The women cannot compare in stature with the men, as they are not commonly above ten feet high.”​