How big was the Giant Sloth? 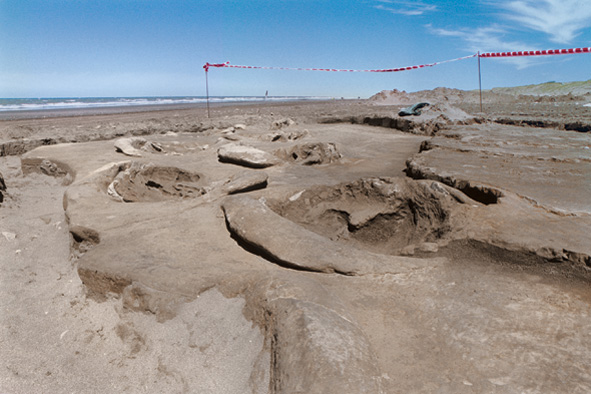 There are thousands of footprints on the 20- to 30-metre-wide fragile siltstone shelf. Pehuen Co, Argentina. 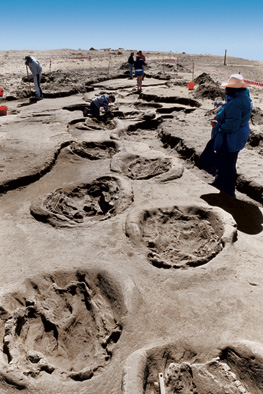 Megatheriinae were a group of Elephant -sized Ground Sloth.

“Striking footprints left by a Megatherium, a 4-m tall prehistoric mammal that weighed up to 4 tonnes. Pehuen Co, Argentina.”

Megatherium is estimated to be over 20 feet, this one maybe more.

The size of this sloth was comparable and maybe slightly larger than T-rex. 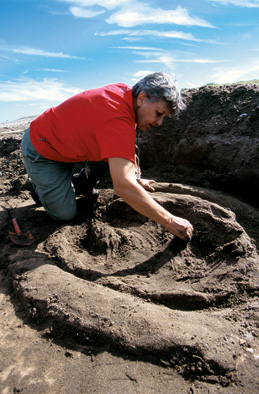 (too low an estimate) Some of the smaller footprints maybe, but the largest ones have been reportrd to be 5 feet in width. 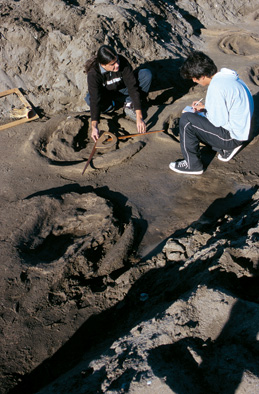 Manera and her team measuring Megatherium footprints at the site. Pehuen Co, Argentina

Megatherium (from the Greek mega [μέγας], meaning “great”, and therion [θηρίον], “beast”) was a genus of elephant-sized ground sloths. Its large size enabled it to feed at heights unreachable by other contemporary herbivores.

See a megatherium claw at the Greater Ancestors World Museum in Jacksonville Florida as well as evidence for many other greater ancestors of various animals. The collection is growing and purchases increase our inventory, as the profits go right back into the mueum. See this giant sloth, as well as the giant armodillo. 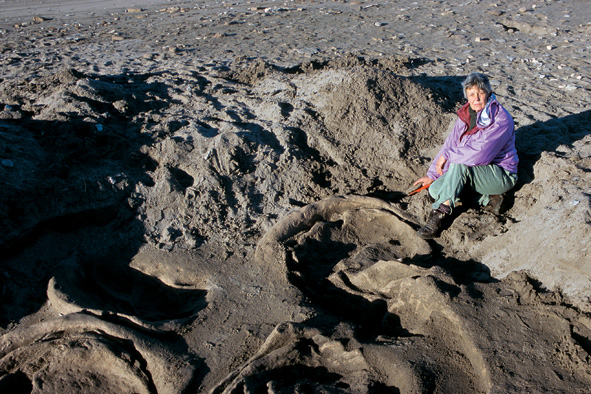 Tonnes of sand covering the strata with footprints need to be removed for each investigation. Pehuen Co, Argentina

A Megatherium track in a thin layer of sediment. Pehuen Co, Argentina