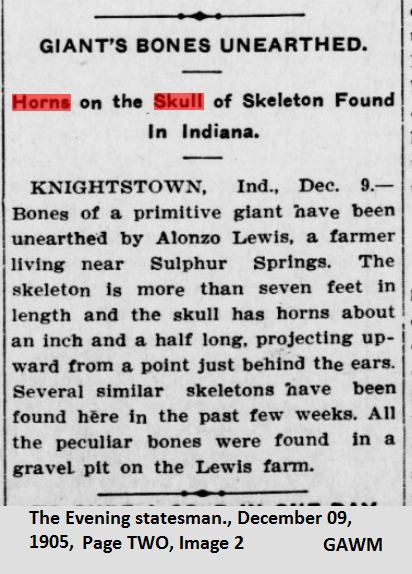 GIANT’S BONES UNEARTHED.
Horns on the Skull of Skeleton Found
In Indiana. horned giant
KNIGHTSTOWN, Ind., Dec. 9.—horned giant
Bones of a primitive giant “nave been
unearthed by Alonzo Lewis, a farmer
living near Sulphur Springs. The
skeleton is more than seven feet in
length and the skull has horns about
an inch and a half long, projecting up
ward from a point just 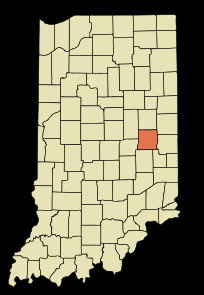 behind the ears.
Several similar skeletons have been
found here in the past few weeks. All
the peculiar bones were found in a
gravel pit on the Lewis farm. horned giant

Giants over 7 feet in large quantities are of great interest to GAWM. Horns are not of particular interest but may be of great interest to our readers. Horns exist today in rare instances and are not like horns on animals. These oddities are strange but important because of their rarity but many of the readers whether a belief in aliens, the Annunaki, Nephilim or some crazy animal-human hybrid belief. (like the ones from academia, in spite of the lack of evidence) We know that our readers have different interest and interpretations of the evidence presented. We respect the different beliefs, . . .ok except for that monkey-men one, its got to go already. 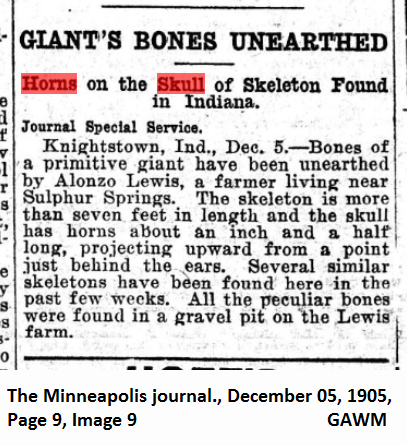 Out of all the states in the US all of Ohio has giant finds in every county but 6, . . Florida and California are high on that list Indiana might be 2nd. There will come a day when Giant research hs filled in the counties for all of Ohio and Indiana. 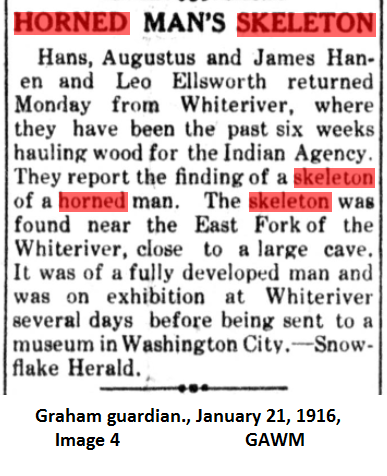 A horned man fully developed from Arizona of an undisclosed size: 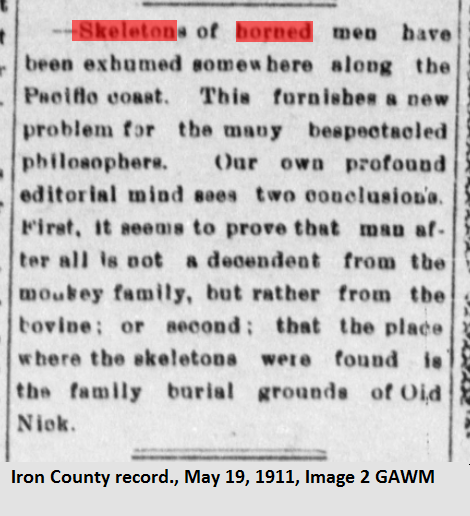