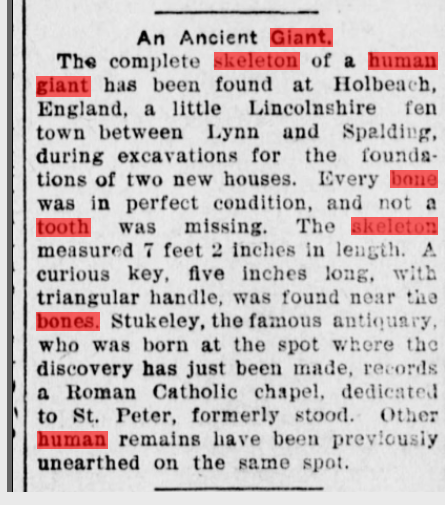 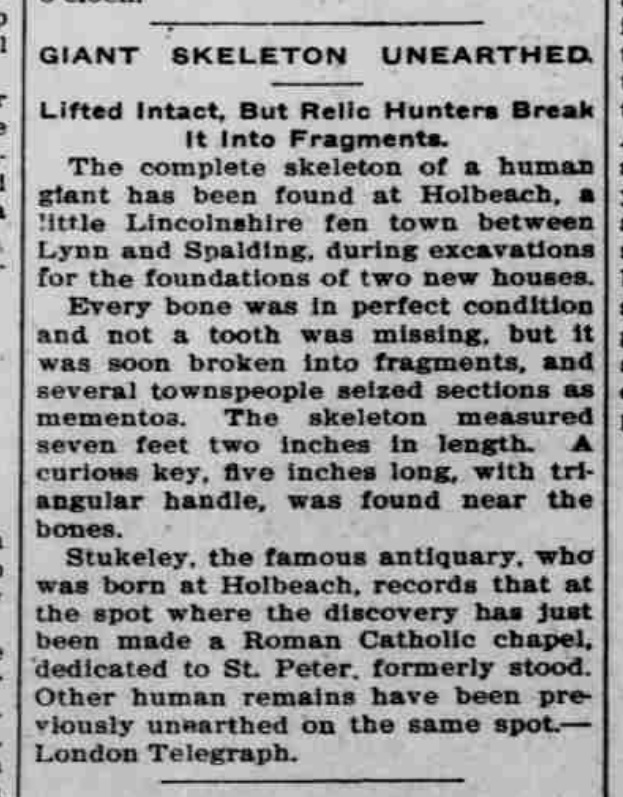 Lifted Intact, But Relic Hunters Break
It Into Fragments.
The complete skeleton of a human
giant has been found at Holbeach, a
Httle Lincolnshire fen town between
Lynn and Spalding, during excavations
for the foundations of two new houses.
Every bone was in perfect condition
and not a tooth was missing, but it
was soon broken into fragments, and
several townspeople seized sections as
mementos. The skeleton measured
seven feet two inches in length. A
curious key, five inches long, with tri
angular handle, was found near the
bones.
Stukeley, the famous antiquary, who
was born at Holbeach, records that at
the spot where the discovery has just
been made a Roman Catholic chapel,
dedicated to St. Peter, formerly stood.
Other human remains have been pre
viously unearthed on the same spot.
London Telegraph.