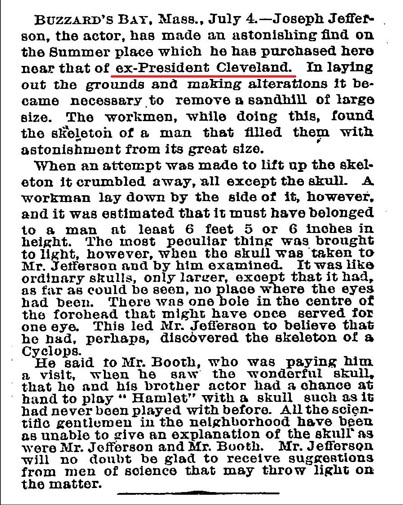 Just for the record, this article is used in Massachusetts, I never double accounts, but the mentioning of an American president is an unusual circumstance. This skeleton is found in President Cleveland’s neighborhood.