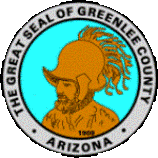 TUSCON, Ariz., Dec. 1. – W – On the kills of the discovery of what remains of what is apparantly was a race of enormous men who once roamed the southwest, there came today another clue of ancient life, unearthed by University of Arizona archaeologists. Returning from a trip to an ancient ruin of a Pueblo near Duncan, Arizona.

Dr. Bryan Cummings  and his assitant said they had succeeded in moving another section of recently discovered mastadon.

J. E. Coker, mining engineer from “Gayopa, Sonora, Mexico, arrived here with information of the finding of giant human skeletons ina cemetery  on a ranch near there. Bit by bit the mastodon is being unearthed and when the skeleton is finally pieced together, it is expected to stand at least 12 feet high. The pueblo in the center f the group of prehistoric villages is about 35 miles west of here. The skeletons described were described during the clearing of the land, many of them average eight feet in length and the heads are unusually large. The bodies had been buried on top of each other and beside them rested crude implements of stone.