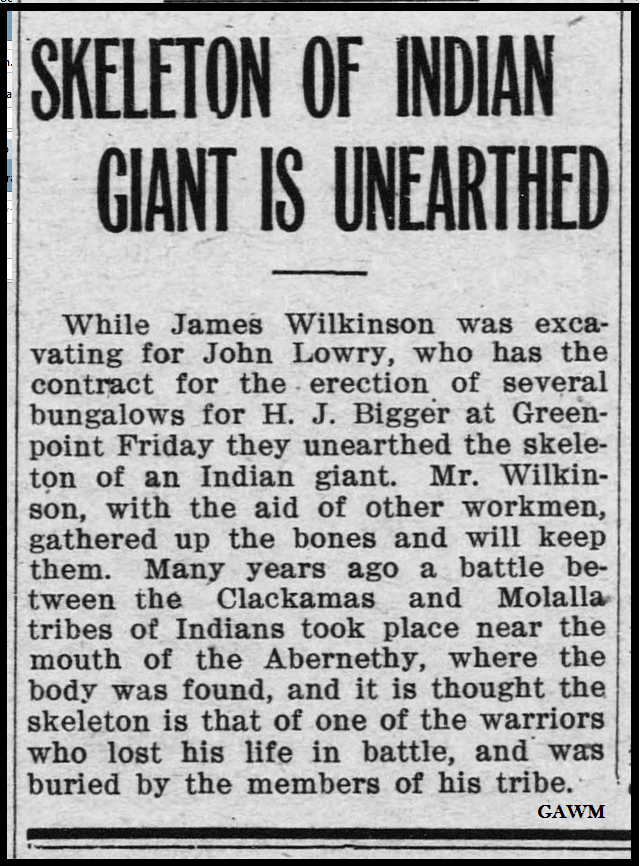 While James Wilkenson was excavated for John Lowry, who has the contract for the erection of several bungalows for H. J Bigger at Green-point Friday they unearthed the skeleton of an Indian giant. Mr. Wilkinson, with the aid of other workmen, gathered up the bones and will keep them. Many years ago a battle between the Clackamas and Molalla tribes of Indians took place near the mouth of the Abernethy, where the body was found, and it is thought the skeleton is that of one of the warriors who lost his life in battle, and was buried by the members of the tribe. Green-point Green-point