The first assessment on Livyaton Mellville is that the reconstructions are improperly based on evolutionary presuppositions.  It seems that the current “academic-authority” uses artistic licensing as visual evidence. This has been going on for years promoting a more pantheistic view of the fossil record.

1) The “PORTRAYALS” are forced into multi-species or in-between species representations.

Solution: Because in the fossil record the majority if not all of the known “full-skeleton findings” indicate that the greater ancestors of the past are indeed mature, therefore the head to body ratio is smaller, meaning: As maturity continues the body is larger in comparison to the head. This is true with all species maturity.

A microcephalus reconstruction is in order. The head retains not a proportionate but should be rendered with an even larger body, not a smaller one as is done here with livyaton.

Extend the body, the creatures body should be much larger than the head like the fossil sea cows microcephalus ratio, the giant armodillos, the sloths all have a larger body and a smaller head, so when a large head is found it should be represented with a larger body every time.

There may be some bias as to the taxonomy with this being a more mature killer whale only. So I wanted to address this: 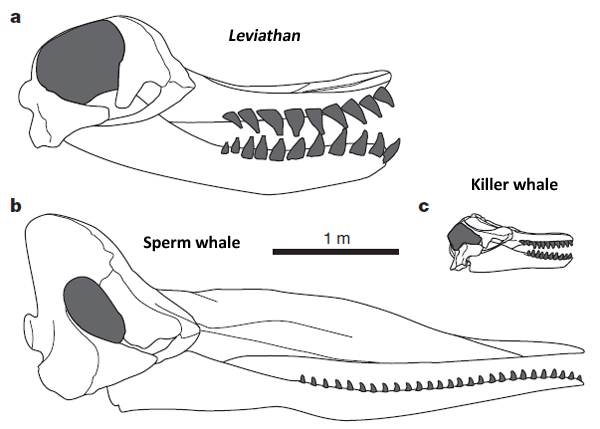 The Livyaton has all the features that one would expect in a more mature killer whale. This drawing of Livyaton is slightly altered from the actual fossil that appears with a harder jawline and a more angled upper snout. 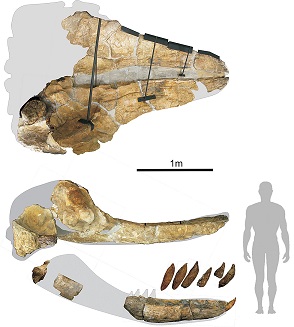 Here you can see the comparison of what appears to be the upper jaw,

* Notice the gray area of the lower jaw, this area is left to imagination.

*Notice the two lumps on the back of the skull are just gray areas. (sperm-whale similarity missing)

A, B, & C are Livyaton teeth. D A a dissimilar tooth is of a sperm whale (no relation) E is the weaker descendant known today as the killer whale.

Dentation: The teeth show no cross species, no common ancestry but is exactly what you would expect in greater ancestral models.

Conclusion: The Livyaton is a greater killer whale with no similarities to other species. The dentition alone would suggest its classification as a killer whale. There is no reason to start any suggestions of this creatures extinction when there remains a living weaker descendant. The head to body ratios are off by about 28-42%, the bodies would be about 34% larger than the largest estimates now based on maturity, other microcephalus models, and allometric ratios.