Great Skull and a Gun 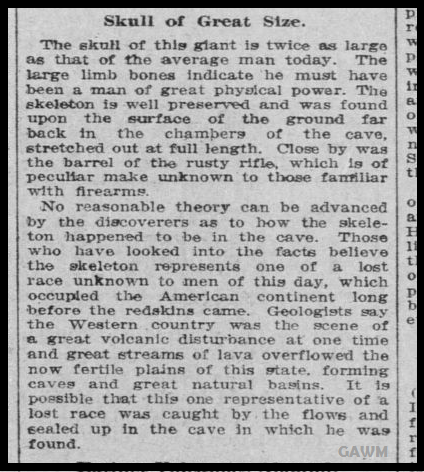 The skull of this giant is twice as large as that of the average man today. The large limb bones indicate that he must have been a man of great physical power. The skeleton is well preserved and was found upon the surface of the ground far back in the chambers of the cave, stretched out at full length. Close by was the barrel of the rusty rifle, which is of perculiar make unkown to these familiar with firearms.

No reasonable theory can be advanced by the discovery as to how the skeleton happened to be in the cave. Those who have looked into the facts believe the skleton represents one of a lost race unknown to men of this day, which occupied the American continent long before the redskins came. Geologists say the western country was the scene of a great volcanic disturbance at one time and great streams of lava overflowed the now fertile plains of this state, forming caves and great natural basins. It is possible that this one representative of a lost race was caught by the flows and sealed up in the cave in which he was found. 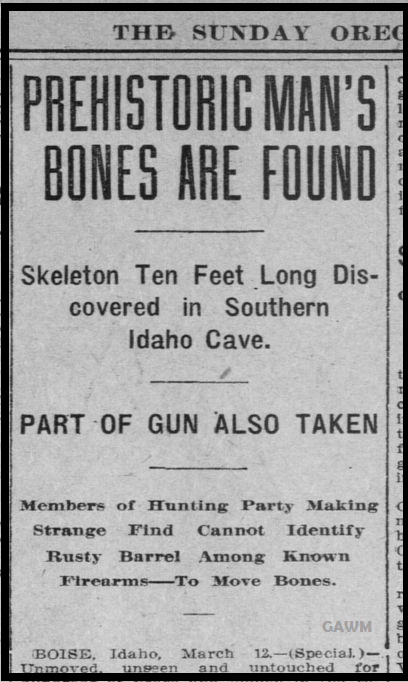