Gotz in this picture is over 80 years old and is dying.

“Where there is much light, the shadow is strong.” – Johann Wolfgang von Goethe, “Götz von Berlichingen”.
The Frankish kingdom knight lost in 1504, during the siege of Landshut, when he fought on the Bavarian side in the “Landshut War of Succession”, by a shot from a “field coil”, the right hand, which he provided later by a suitable mechanism, iron hand replaced . 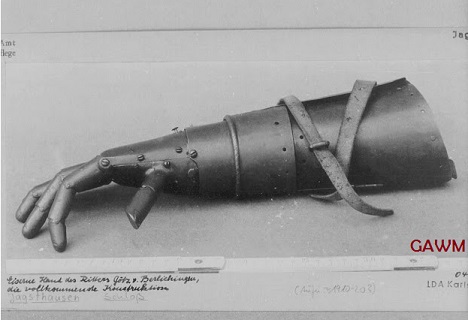 As you can see the fingers are very delicate and precise, like a woman’s hand. Notice the angle of the thumb, no human thumb could fit inside of this, but yet it is at an opposable thumb’s angle. 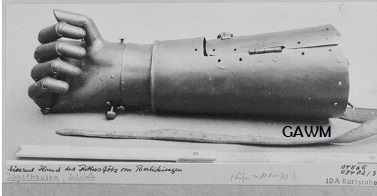 Gotz was never viewed as a cripple, but a powerful man, a feared man, and a strong leader. The iron hand was a symbol of strength as it did not hinder him in battle. 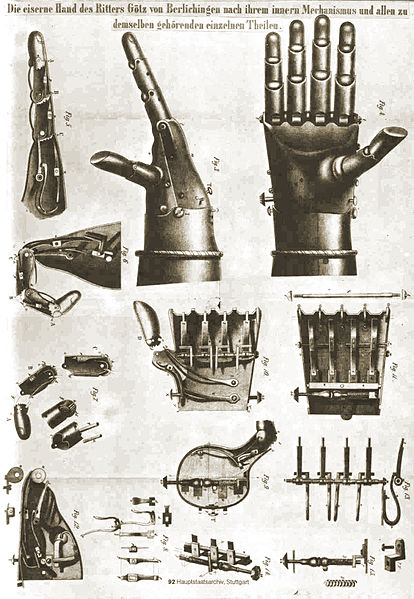 Götz could fight include strong, and his prosthesis fit snug to the hilt, the position of the finger was fixed with the help of gears and pins, he fought very well.

This is not simplistic work for the time it is very sophisticated for a prosthetic of this time period and one that has been replaced by lesser achievements since. 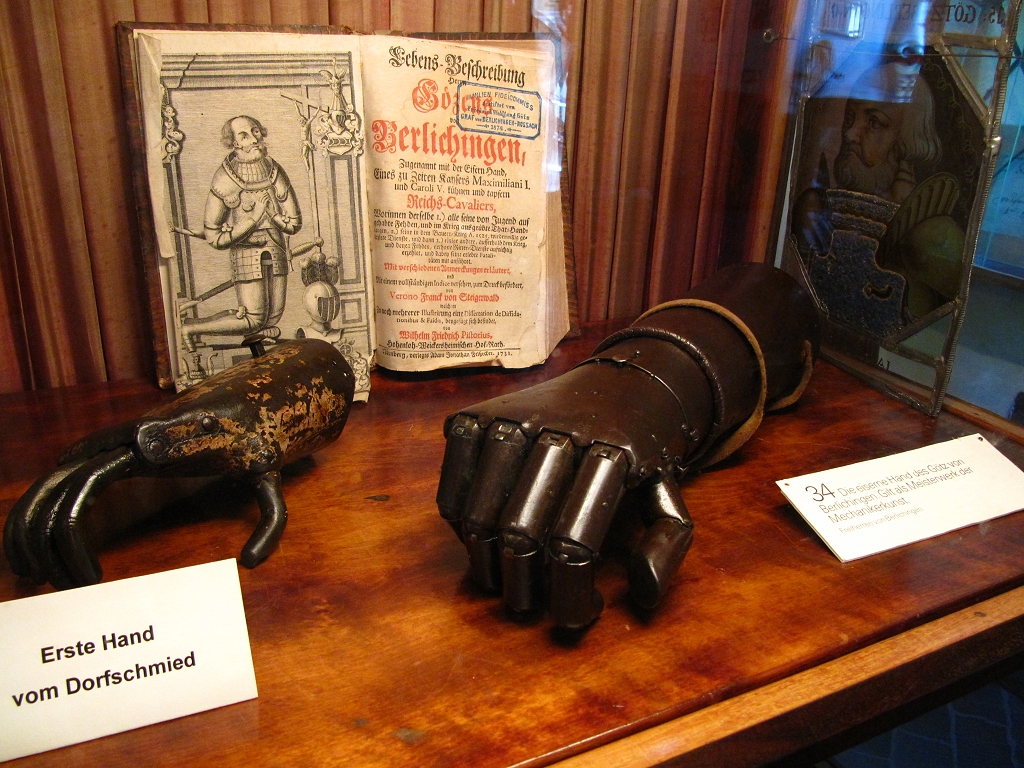 (Images are of Götz von Berlichingen’s actual iron hand, along with a prototype to the left, which are housed in the castle museum of the Götzenburg in Jagsthausen; photographed by the author during his latest pilgrimage to Germany, in August, 2009.) 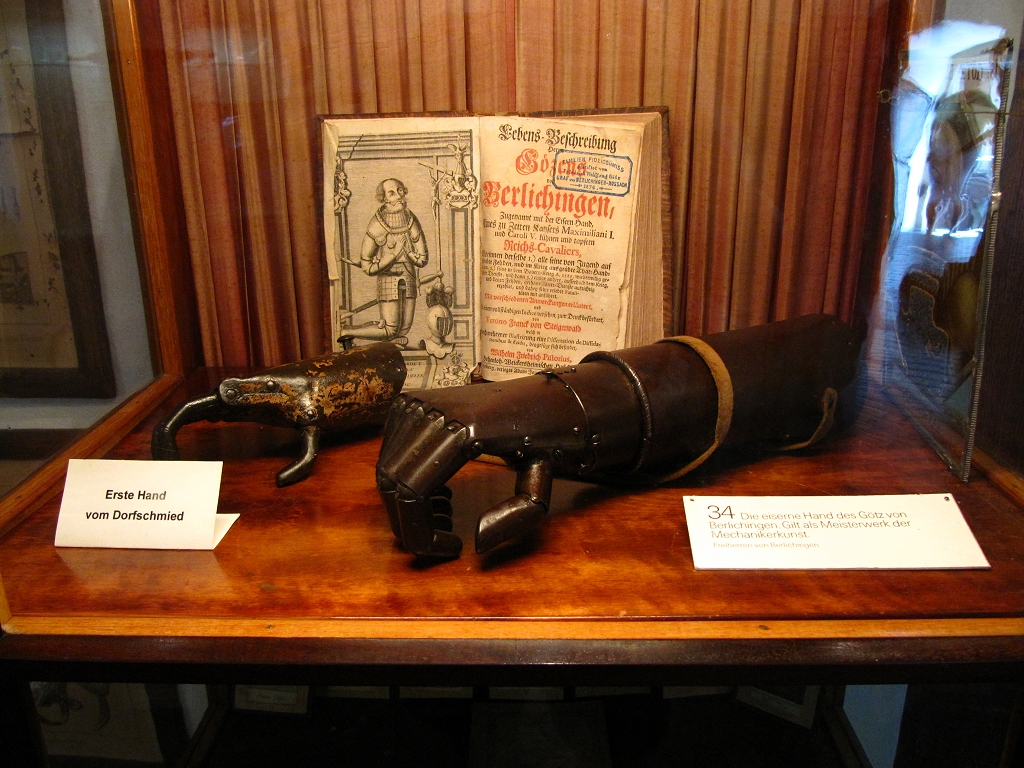 GÖTZ: ” Whoever isn’t a Hungarian ox better not come too close to me! He’ll get such a box on the ears from this right iron hand of mine as will cure him once and for all of headache, toothache, and all the other aches of this world.”

. A prosthesis as a technical sensation

Here something happened that Götz von Berlichingen as made ​​known ” knight with the iron hand ” throughout Germany . The shot of a field gun shattered his right hand, which had to be amputated . After several weeks on the sickbed idol was in 1505 by a village blacksmith make an iron prosthesis, which is considered as a technological masterpiece . They could be moved by a system of springs and gears that operated the carrier by pressing a button with the other hand . The fingers could curl up individually. Usually passed prosthetic arms that time of a simple metal hook for grasping objects . Götz but could again take up the sword and take part in the war experience.

During the next seven years he fought from 15 feuds in their own right and made ” friends and good fellows ” help against loot and ransom. When he came over 95 merchants in May 1512 in Forchheim, he was outlawed by Emperor Maximilian I. . Of these eight ransomed , took Berlichingen 1516 Count Philipp of Waldeck caught to ransom and fell back ostracism .

But with remarkable audacity , he continued his activity until 1519 overwhelmed him a troop of Heilbronn . There he scorched the next three years in prison , caused him to the friendly knight Franz von Sickingen . Goetz had to swear ” Urfehde ” that is under oath waive any feud and retreat to his ancestral castle Hornberg am Neckar .

A great contradiction exists in the constant disdain for man as a primitive in the past, yet here we have a warrior/leader who has a robotic prosthetic. He was a person whom people feared in the early 1500’s (yes robotic prosthetics in the 1500’s) who fought multiple battles. Read history, not from the history books but from books written during those times. Its a different history.