Goliath – The Giant of Santa Mare 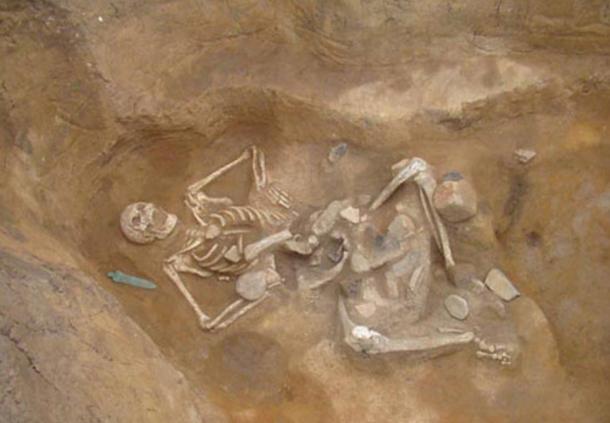 Giant skeleton nicknamed ‘Goliath’ found in Santa Mare, Romania
On the discovery from the begging but lately has stopped to give anymore details which might tell us they are on to something bigger as they skeleton was discovered in the area of the ancient city called Odesos.

Yotov in the past has suggested that the man has died during work and that they was he was buried with his hand laid on his waist and his body pointing to the east was a clear indication he had a ceremonial burial rites and was buried this way.

-https://newcarsz.com/giant-human-skeleton-unearthed-in-varna-bulgaria Posted By Athur A. Posted On February 17, 2022

A poster is available for purchase on our ebay page.

This poster is great for Nephilim hunters. Small museum displays or just a really interesting conversation piece. Giants of the past exist, the information is there.

In Romania 2012 all of the headlines read “Giant Skeleton”, and has been nicknamed “Goliath”. Archaeologists in Romania unearthed a “huge skeleton’ a giant of a warrior that dates back to 1600 B.C. The skeleton exceeded 6 feet 6 inches which means it stood easily 6′ 9” in life.

The poster is 13″ x 19″ of the famed giant, a color image with highest available resolution to me. Every poster is printed with a flat sheen, as this is the best for photography and leaves the customer the option to laminate the image if they would like more sheen.