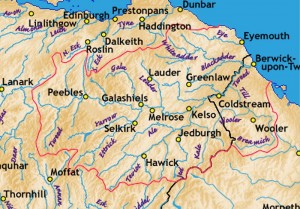 Scottish Gold Thread
Workmen quarrying stone near the River Tweed below Rutherford, Scotland in 1844, found a piece of gold thread embedded in the rock of the quarry eight feet below ground level. A small piece of the thread was sent to the offices of the local newspaper, the Kelso Chronicle, “for the inspection of the curious.”[1/2] 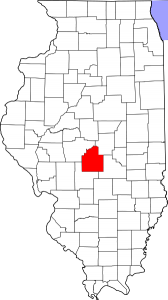 Illinois Chain in Coal
Mrs. S. W. Culp, of Morrisonville, Illinois, was breaking coal into smaller lumps for her scuttle, one day in 1891, when she noticed a chain in the midst of the coal. When she reached down to pick it up, she saw that the two ends of the chain were firmly embedded in two separate pieces of coal that had clearly been a single lump only moments before.[1/3] 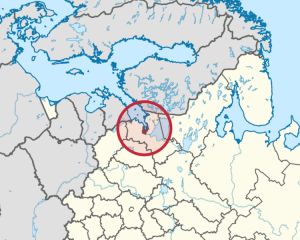 Leningrad Wires
“This story began in the summer of 1977, in a freezing compartment of the Research Institute of Arctic and Antarctic in then-Leningrad. At that time, the Institute was situated in an old palace, in the quay of the Fantanka River. We worked for the Hydrometeorology Institute at a project site. The laboratory freezer was not empty: there were some deep-water ice examples mined through boring the Antarctic ice floes.
That unforgettable day, there was a dispute about the age of the mined ice. One of our specialists was persuaded that the age of the of ice core was 20,000 years, while another said it was 13,000 years old, because he believed that at that time a global catastrophe took place which annihilated Atlantis and caused global glaciation.
His colleague insisted on his position based on the scientific data: 20,000 years was the age of the wooden chip from a baobab tree found in one of the ice samples. The age of the chip was ascertained utilizing the radio-carbon method.
Still, the supporter of the Atlantis theory did not give up: in earlier times, there was no ice in the Antarctic. There was probably some baobab growing there for 7,000 years, then glaciation started, and a piece of wood got to ice. So, you get 20,000 years!
This dispute made me search for some other organic material in the mined ice, though, after superficial investigation of several specimens, I did not find anything.
At that very moment, a group of visitors came to the laboratory to see the many-thousand-year-old ice. A young visitor even wanted to lick the piece of ancient ice. I forbid it pretexting some microorganisms which could have remained in ice including agents of some unknown diseases.
Apropos, the institute administration ignored this possible danger. So, I decided to take an initiative and to carry out at least the simplest research: to look at the samples through microscope.
I managed to find an ally that was a friend, a microbiologist, candidate of science. This woman wanted to write her thesis for a Doctor’s Degree. If we found some microbes in ice, that could provide her with some excellent material to add a chapter to her thesis.
Among the samples we chose for our research there was one, which we found most interesting: within it, astonishingly, there were some threads. The piece of ice melted soon, and we could see several golden wires about 2-cm-long and as thick as a human hair.
We could see through the microscope that the “hairs” were pieces of some metal wire of a goldish colour. All the wires had the same length and were cut off very accurately. While pressing upon the wire, some dents appeared, as if the wires were created of a soft metal.
Later we made a chemical test, using hydrochloric, sulphuric, nitric and acetic acids. The golden hair stood the test, and thus we had no doubt: the wires were made of gold.
Several years passed, and in the State Hydrometeorology Committee, a commission on anomalous phenomena launched its work. At one of its meetings, I told the assemblage about my find. The chairman of the committee, academician Fiodorov became interested in the find and handed it over to his friend, who was the head of Crystallography Institute of the Soviet Academy of Science.
The Institute carried out a test of the gold “wires” and concluded the material was an alloy of gold and silver. It should be noticed that in 1984, a report appeared in the press, that US researchers had also independently found golden wires in Antarctic ice.
Though, if the stories were accurate, this was not a singular sensation. Already in 1844, the British newspaper Times reported about some golden thread found in a stone, at a depth of 2.5 m in Berwickshire.
50 years later, a piece of golden wire was found in Australian limestone, while in 1957 in Africa, they were found in a piece of granite. Curiously, the age of these finds is millions of years. Apropos, even odder things are sometimes found in stones: from nails to small gold chains and vessels of some complex metal which seem to have been deposited there tens of millions of years ago…..Pravda (Edited to improve clarity).”[4]
[1] http://www.byerly.org/whatifo.htm#8/18/02
[2] The Times, London, June 22, 1844
[3] The Morrosonville Times, June 11, 1891
[4] http://www.s8int.com/page18.html