Maryland Skeletons. Gigantic skeletons of prehistoric nearly eight feet tall have been discovered along the banks of the Choptauk river, Maryland, by the employees of the Maryland Academy of Science. Choptank River

Choptank River takes its name from a tribe of Indians that inhabited both sides of the shores of this stream before its settlement by the English. They were men of large stature. In the Academy of Natural Sciences in Baltimore, there are several skeletons of these Indians (taken from an Indian mound at Sandy Hill on the Choptank near Cambridge) That measure nearly 7 feet in height with skulls of unusually large size. 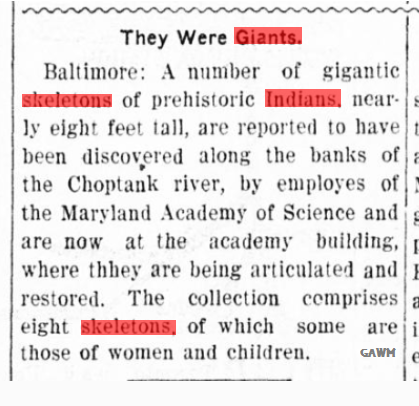 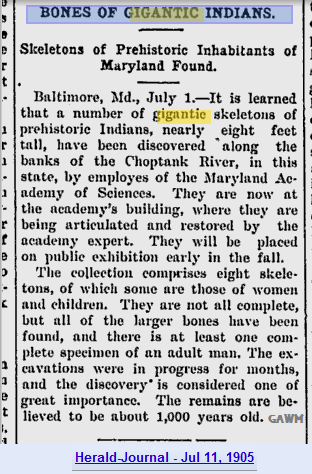 Strangely a lot of these alters, groups of giant skeletons, mounds etc always  are near government facilities, universities, and National Parks closed from the public. It would be my guess that in the National Academy of Science no longer has thse seven foot skeletons nor will admit their existence, but i would like it if there were a few GAWM field agents that live close by would look into it and report back in the comments.