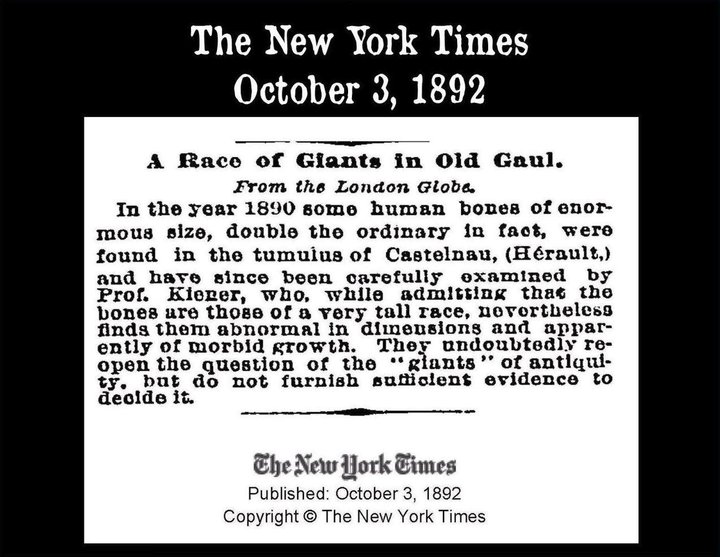 A race of Giants in Old Gaul

In 1890 some bones of enormous size, double the ordinary in fact, were found in the tumulus of Castelnau, (Herault) and have since been carefully examined by Prof. Keiner, who while admitting that the bones are those of a very tall race, nevertheless finds them abnormal in dimensions and apparently of morbid growth. They undoubtedly reopened the question of the “giants” of antiquity but do not furnish sufficient evidence to decide it.

The skeptics view at the end of this article is from a journalist. They are also from a different country whom may have never been to France. The writer is far removed from the situation. A knowledgeable college professor “Keiner”  saw the bones first hand. He is an eyewitness, a first-hand eyewitness. It is “a giant” that was peer reviewed. The only bias left for the skeptics, is the arrogant claim brought forth commonly by the simple-minds-of-evolutionists. It is often touted “people in the past were not as reliable”. That only “modern peers count”.  “They were less evolved,” “or closer to monkeys than we are”. Peer review matters only when its building the pantheist faith aka evolutionism. Confirmation bias anyone?

Race of Giants in Old Gaul From the London Globe: The New York Times Oct. 3, 1892