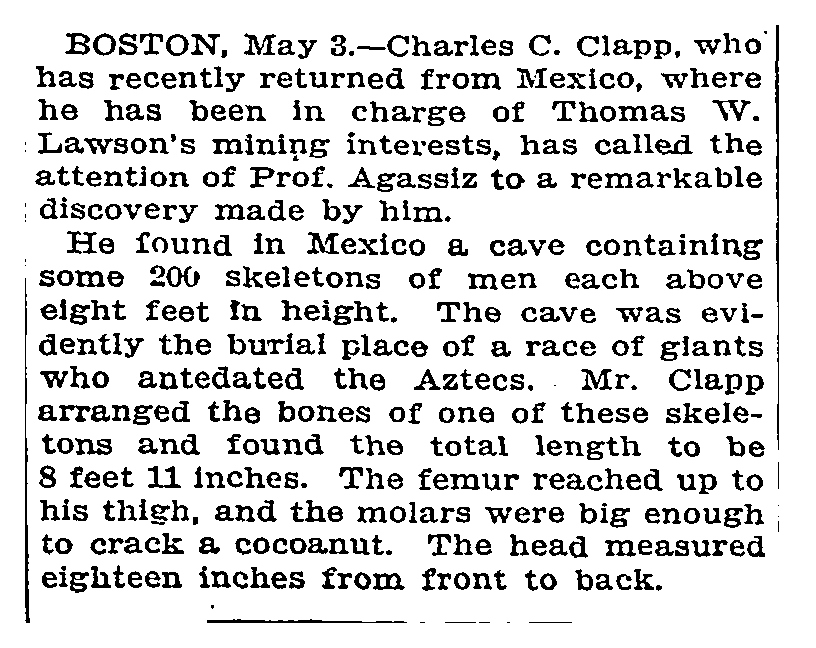 BOSTON, May 3. -Charles C. Clapp who has recently returned from Mexico, where he has been in charge of Thomas W. Lawson’s mining interests, has caused the attention of Prof. Agassiz to a remarkable discovery made by him. He found in Mexico a cave containing some 200 skeletons of men each above eight foot in height. The cave was evidently a burial place of a race of giants who antedated the Aztecs. Mr. Clapp arranged the bones of one of these skeletons up to his thigh, and the molars were big enough to crack a cocoanut. The head measured eighteen inches from front to back.