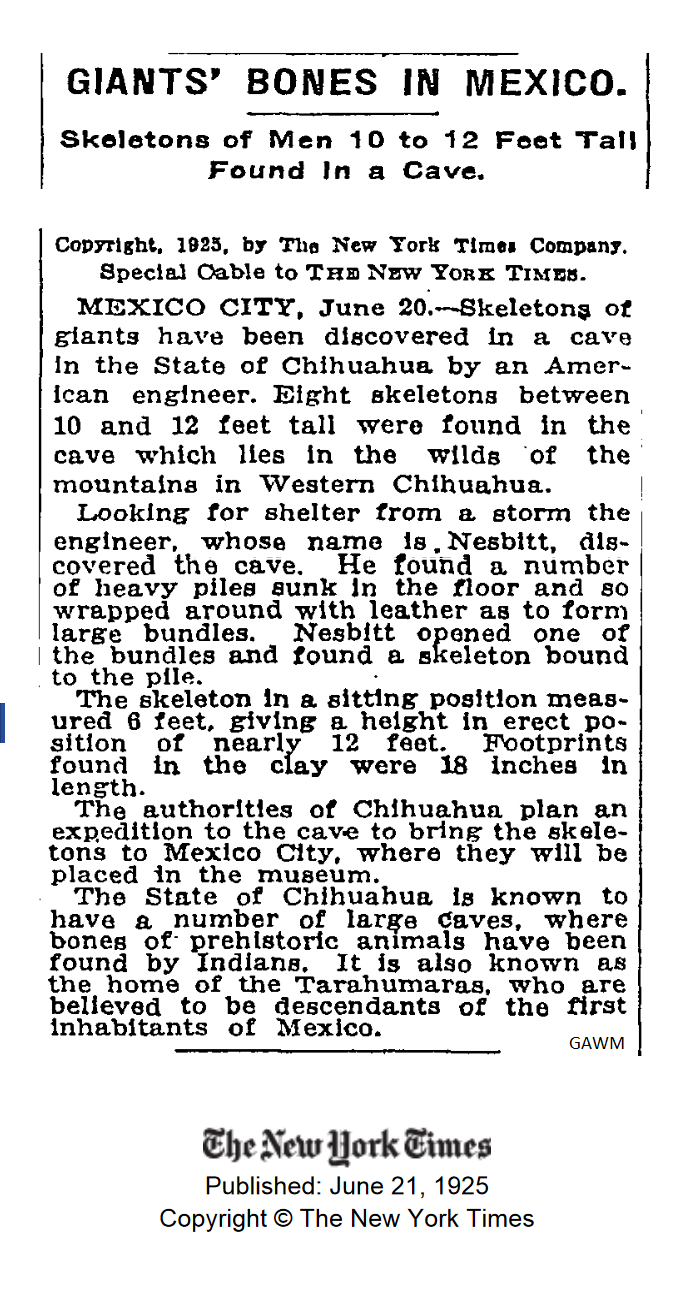 Copyright, 1925, by The New York Times Company. Special Cable to The New York Times.
MEXICO CITY, June 20. – Skeletons of giants have been discovered in a cave in the state of Chihuahua by an American Engineer. Eight skeletons between 10 and 12 feet tall were found in the cave which lies in the wilds of the mountains in Western Chihuahua.
Looking for shelter from a storm the engineer, whose name is Nesbitt, discovered the cave. He found a number of heavy piles sunk in the floor and so wrapped around with leather as to form large bundles. Nesbitt opened one of the bundles and found a skeleton bound in the pile.

The authorities of Chihuahua plan an expedition to the cave to bring the skeletons to Mexico City, where they will placed in the museum.

The state of Chihuahua is known to have a number of large caves, where bones of prehistoric animals have been found by Indians. It is also known as the home of the Tarahumaras,  who are believed to be the descendants of the first inhabitants of a Mexico.