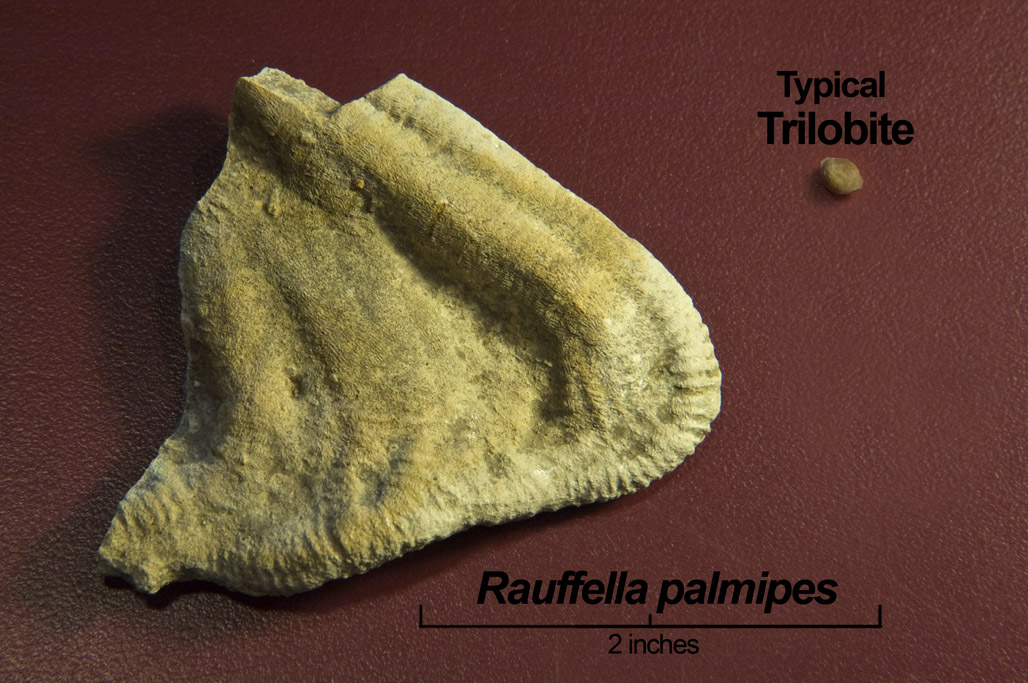 “Rauffella palmipes: Trace fossil of feeding burrows from Late Ordovician worms found in Decorah shale exposures in and around the Twin Cities. The fossil trilobite in the upper right is a rolled-up specimen found in the same fossiliferous rock unit. Courtesy Mark Ryan

. . . , during the Ordovician period, and you can find fossil evidence of them not far from the Science Museum of MN. Okay, maybe they weren’t giant compared to us but they must have looked humongous from a typical trilobite’s point of view (see photo). The trace fossils known as Rauffella palmipes are thought to be the feeding burrows left by worms that lived in the shallow tropical sea that once covered this part of Minnesota. Not much is really known about them but evidence of their existence can be found in many Decorah shale exposures in and around the Twin Cities area.”

Not enough information about these worms, nor do I have (yet) the largest recorded example of these giant worm fossils. I will be looking more into it and adding to this article in the future. One benefit of the above image is that the measurement is given so duplication is possible.