A fellow named Ron Wyatt, claims to have found all sorts of remarkable discoveries in his lifetime.

One of his discoveries was of a very large human thumb bone that he found near Mt. Ararat in Turkey. 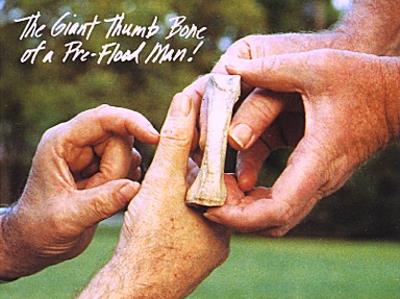 “This is the thumb bone of a human being who lived on earth before the Flood! As you can see, it measure 3 3/4 inches in length, which is over twice as long as the thumb bone in a normal sized full grown person’s hand! 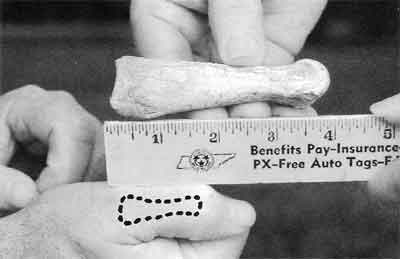 The people who lived before the Flood were of a greater stature than modern day mankind. Noah was approximately 12 feet tall, and there’s a good chance that Adam was closer to 15 feet in height! Bones have been found that prove that mankind was once this large, and there also exist several giant skeletons of many animals that we now have only in small species.”