Interestingly enough, Some of the members of an expedition team to Mt. Ararat also photographed some very large human jaws that were on display at the Erzurum Hotel in Turkey. 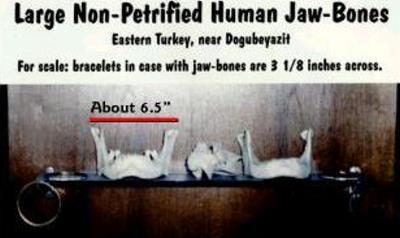 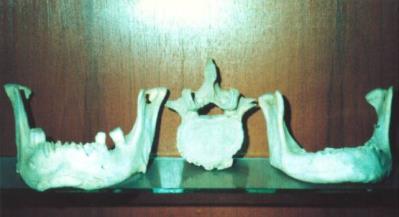 Source: www.evcforum.net/ubb/Forum1/HTML/000271-4.html I wanted to see everyones thoughts and opinions about these bones. Richard Rives, the president of Wyatt Museum, said that the thumb bone was looked at by orthopaedic surgeons who calculated that the bones belonged to humans estimated at between 12 and 14 ft tall.