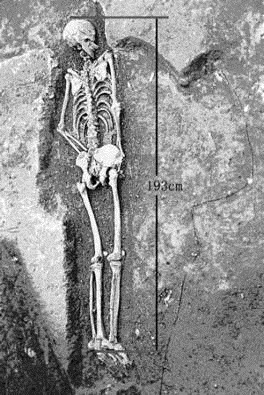 The “little giant,” a 1.93-meter tall (6’4″) human skeleton, was recently identified by experts at China’s Archaeology Academy as the tallest prehistoric man ever found.

Researcher Yang Yachang determined that the “little giant,” which was discovered intact in an ancient cave dwelling in Guofenglou township, Shanxi province in 2006, to have been a 16 to 18 year-old male who lived about 4,200 years ago.

Through morphological study and skeletal measurements, Cheng Liang, a professor at the academy found the “little giant” to have Asian features, his bone structure similar to that of modern day humans in South Asia.

Researchers were confused as to why he had died so young until they discovered three drilled holes in his skull.

However the reason or purpose for the holes remains unknown. 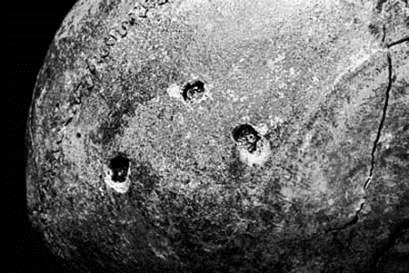