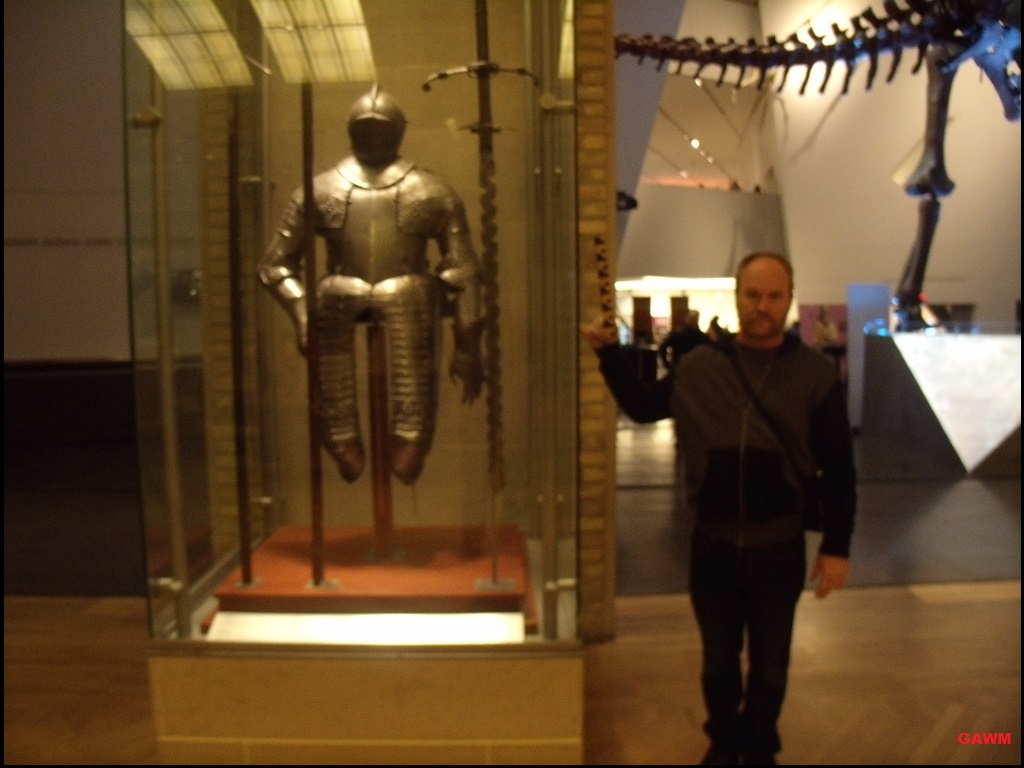 This suit of armor is incomplete, and the legs of a person is the largest portion of a person’s height.

Armor overlaps, so an empty suit of armor can be easily assembled to make

the armor appear to be smaller than it is.

Beside the suit of armor to the left is a pole-arm, and to the right is a GIANT SWORD.

This sword is so large, so ridiculously large as to be unwieldable by a normal size human. This armor does not fit the proportions of this sword. Many people might say that people used larger weapons than we would today and then tell us they were smaller in the next breath. This is recorded in so many

books and I would say to that notion, that tale is untrue. It is nonsense.

If anyone asks “who am I to challenge academia”? I ask who are you not to? Who are you to believe such contradictions without question.

That is me to the right holding a ruler (inch-scale). I am five foot 8 inches tall and about 175 the perfect average for a man.

This is said to be a two handed sword even though you could put 5 hands upon its hilt. What is the determining factor to quantitate that a particular sword is a one-handed sword, or a two-handed sword? Is it the design, or finger impressions that makes a sword one-handed or two-handed? The answer is no, it is relative to the height of modern man, and the belief that people in a timeline are assumed to be smaller in the past. 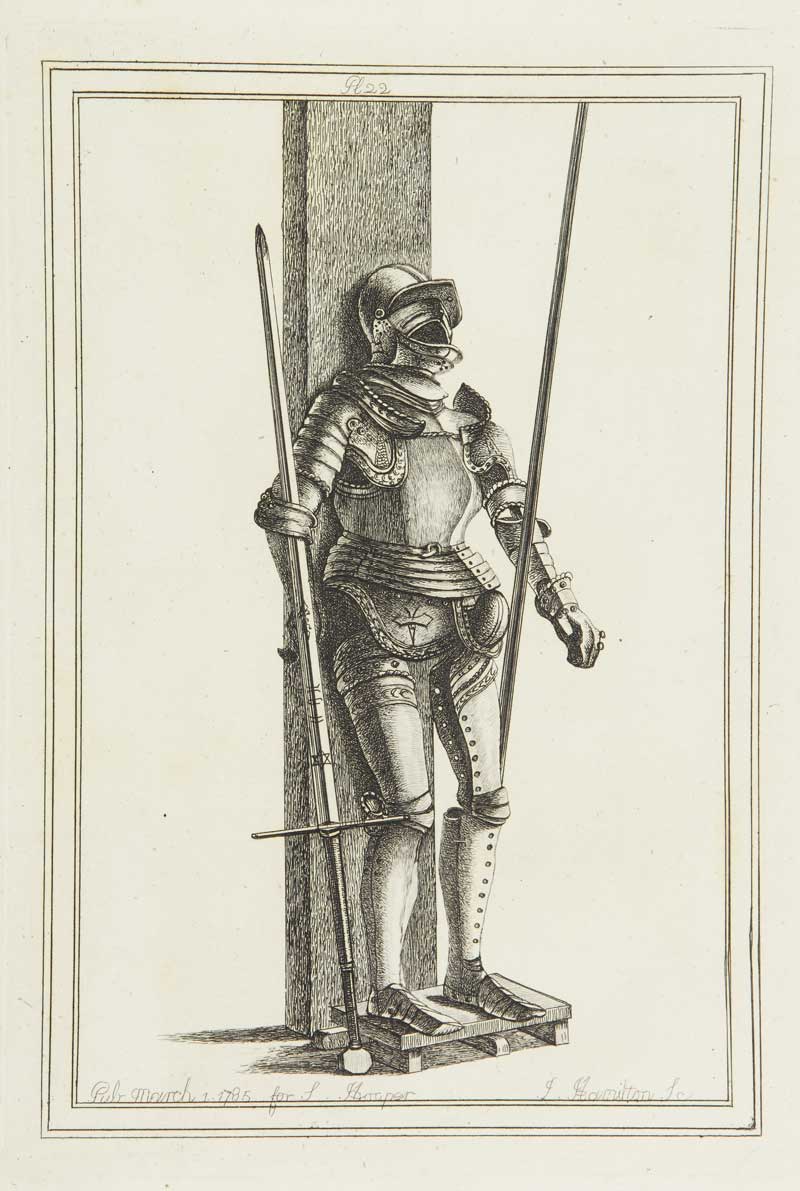 All of these assertions are wrong, Any giant sword would never be assumed to be a one-handed short sword because the measure is an 5 foot eight inch human. This is height bias. Remember this:

A giant’s one-handed weapon by a skeptic will always be seen as a two-handed sword, while a giants two handed sword will default to being ceremonial.

This is a giant’s sword, and not belonging to a man of this armor’s size unless he took it from a giant in battle.

It is a great sword which is displayed in the lobby of the ROM Museum.