The Rekhmire Mural of Titans

The Giant Stones moved by Giants

It has been said: Giant Stones.

“No records survive to tell us how the pyramids were built.”

“There are no supporting inscription, stele, or papyrus to commemorate the constructions of Giza.”

Chris L Lesley: How many times must we hear there are no inscriptons that tell us how the pyramids were built?

How many times must we hear there are no inscriptions reliefs in heiroglyphs in any of the “pyramids” that detail their construction.

Actually this is true, however the blueprints of how the pyramids were built are not in the inscriptions of any of the pyramids. How they were built is muraled on the walls of the “TOMB OF REKHMIRE”.

Once you understand that mankind was NOT primative, but more advanced than we are today, and that mankind is bigger,better, faster, stronger and smarter in the past there are no mysteries.

How were giant stones moved without dragmarks, left over ramp material, without space aliens??? . . . they were carried by giants!

This is the history of Egypt, and many will not like it.

Many have depicted and surmised large cranes on the corners of the pyramids. The tomb of Rekhmire depicts a very different type of crane. 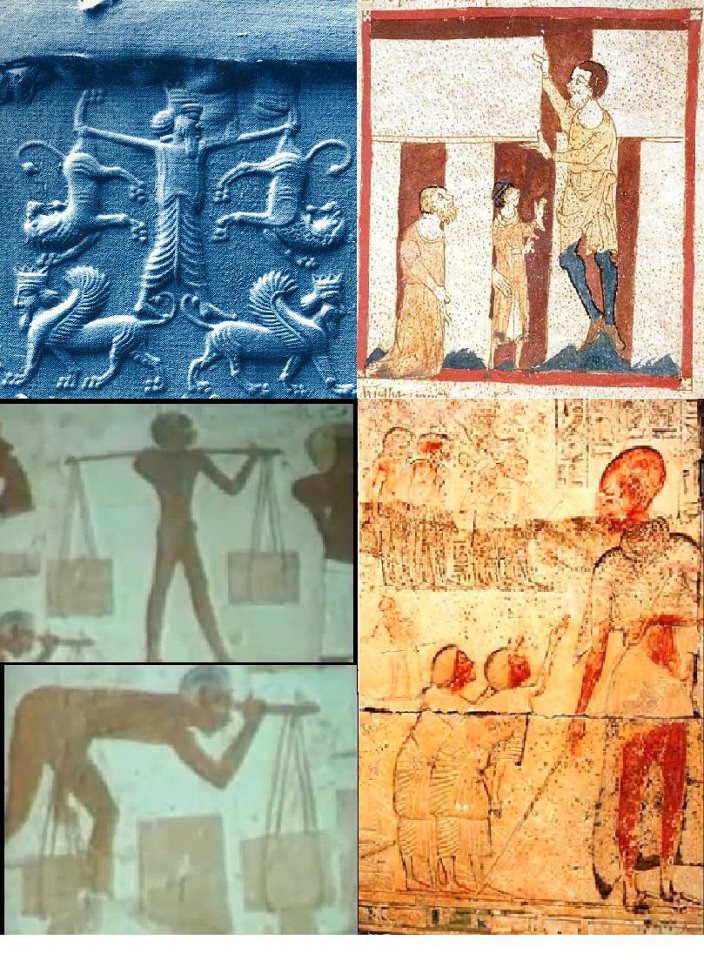 Remove government and mainstream academics from your way of thinking. Collectivism never leads to the truth. Megalithic stones were moved by the greater ancestors and a humanoid/angellic hybrid known a the “great-giants”, titans in some circles, these are the fathers of the Nephilim, the first generation of Watcher-offspring. Giant Stones.