Once used as baby bathtubs, the giant Neptune’s Cup sponge thought extinct was recently rediscovered by divers off the tropical coast of Singapore.  (Giant Sponge) 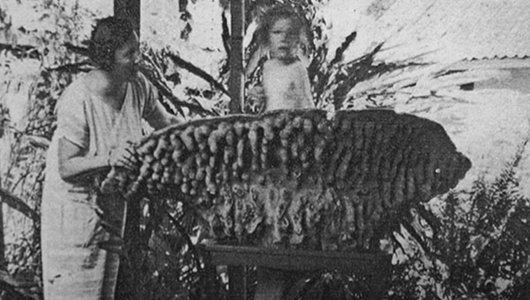 We are always happy to hear of “extinct” species being rediscovered and the giant Neptune’s Cup sponge is one of them. They were last seen in 1908 and up until March of this year no living specimen of the sponge had been found.

The Neptune’s Cup sponge was first discovered in 1822 and typically measured over a meter in height and diameter. Due to their large size and shape, they were routinely used for bath tubs for babies. Over-harvesting quickly led to their disappearance in the wild. (Giant Sponge) 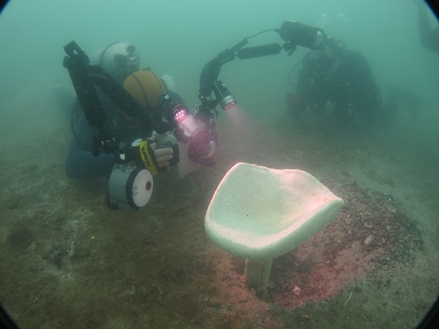 (A smaller living example of the Neptune’s Cup sponge)

A couple of dead Neptune’s Cup sponges were found in the 1990’s in dredge samples which gave scientists hope that they may be rediscovered at some point and it has finally happened. In actuality, two specimens were found about 50 meters apart by biologists with the environmental engineering firm DHI Water & Environment (S) Pte Ltd.

“Basically, little is known about the Neptune’s Cup, as it was never found alive”, explains Karenne Tun. “Now we have the opportunity to study the biology and ecology of this impressive sponge and learn about its life cycle. It also showcases very well how DHI adds to the current body of knowledge. We’ve already had the first surprise: The Neptune’s Cup was thought to be a very slow growing species. However, between our last visits in April and August, respectively, it had grown several centimetres. Looks like we might have to rethink some of these ideas..”

This example is personal for me. As I have put out the (20 challenge) which is: Give me 20 examples of animals that “do not” have a greater ancestor. . . this is of course a trap as there is no such thing as a living creature without a greater ancestor. As I am the world’s leading researcher and inventor of the concept of the Greater  Ancestry Model, the “20 challenge” is unshakable. Never-the-less I get a list with the Giant Redwoods, the blue whale and at least 5 sponge species. . . So yes this one is important!