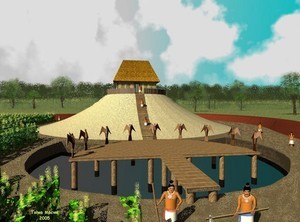 Some of the most advanced indigenous cultures north of Mexico existed in the Lake Okeechobee of southern Florida. Most of the religious and political symbols associated with the “Mississippian” Culture were being used in South Florida about 500-600 years before they appeared elsewhere in North America. The towns of this region were linked by a sophisticated network of raised causeways and canals, yet there is no evidence that these people practice large scale agriculture. The probably cultivated raised gardens that were extremely productive year round, but did not grow Indian corn at a large scale.

Early settlers claimed to have seen hundreds or thousands of massive skulls bobbing on the surface of the south end of Lake Okeechobee “that appeared like a field of pumpkins.” The legend included a belief that a massive hurricane had wiped out the entire population of giants. 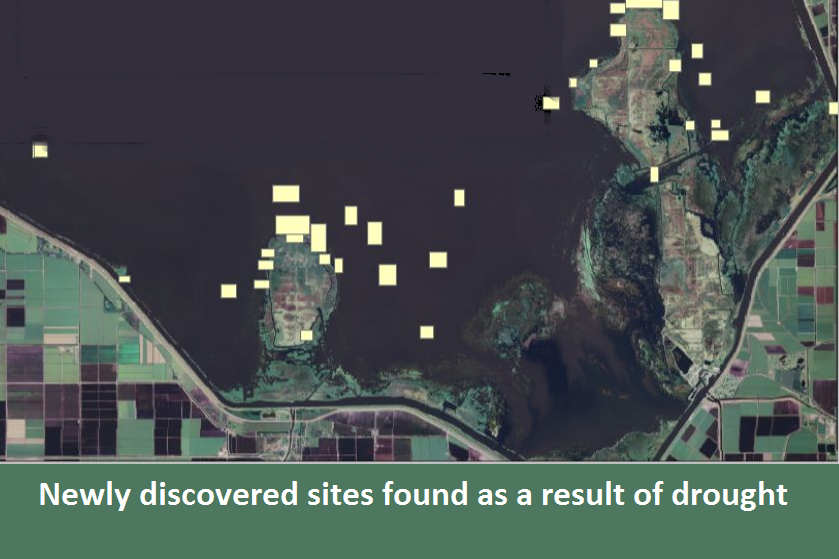 During the 2006 to 2007 drought, Lake Okeechobee’s water level receded so low that thousands of artifacts appeared in the black muck of the lake bed. They included hundreds or thousands of human skeletons. Florida rangers tried frantically to protect these artifacts and skeletons from poachers. They were often successful, sometimes not. The Anthropology Department of Florida Atlantic University scooped what artifacts and skeletons it could. Some were distributed to other universities and institutions for forensic analysis and curation.

The most important archaeological site revealed by the drought was a cemetery with two levels of burials. Interred artifacts revealed that both levels of skeletons were associated with advanced cultures, which developed the sophisticated towns of the region. 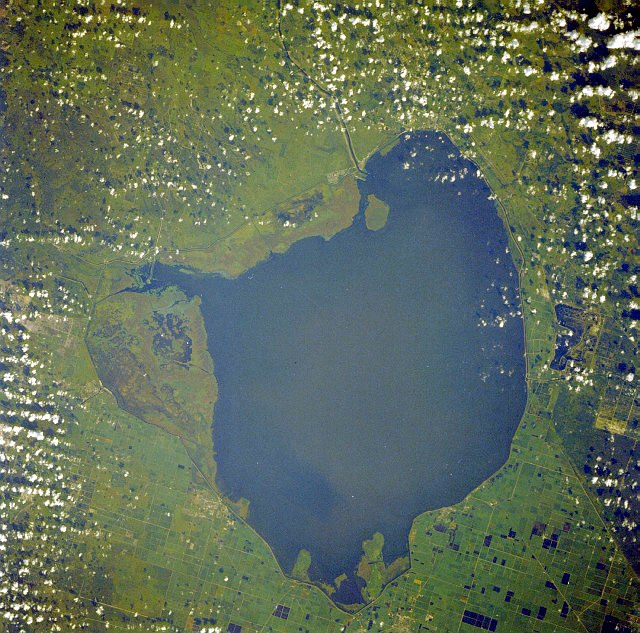 The upper level of the cemetery contained much taller American Indian females and males, who had larger bones and taller stature. They were larger than the median average of males in the United States today and not like the indigenous skeletons found farther north in Florida. Some appear to have been seven feet or more, tall. Their skulls were massive and often showed signs of intentional deformation like the famous Paracus skulls found in the coastal plain of Peru.