The small island of Gozo  has a megalithic temple: Ggantija. The name is derived from local folklore, which says that only giants (gigantes) would have been able to construct such a complex. Its folklore is just a modern remain of the legendary importance the Greeks had instilled on the island.

In Greek Legends, Gozo was the island where the nymph Calypso held Odysseus imprisoned for no less than 7 years. Her cave is situated near the temple, with the cave offering one of the most stunning view of the most famous sandy beach of the island.

The temple of Ggantija contains – according to UNESCO – the largest free standing stone in the world.

Some of the statues seem to be of a giant woman, with giant breasts, thighs and arms.

The skulls we examined are dated 2500 B.C. (but may be even older) a date in which Malta’s megalithic history ends, initiating a period of historical darkness and absence of population that will last about 300 years, until the arrival of the Phoenicians. 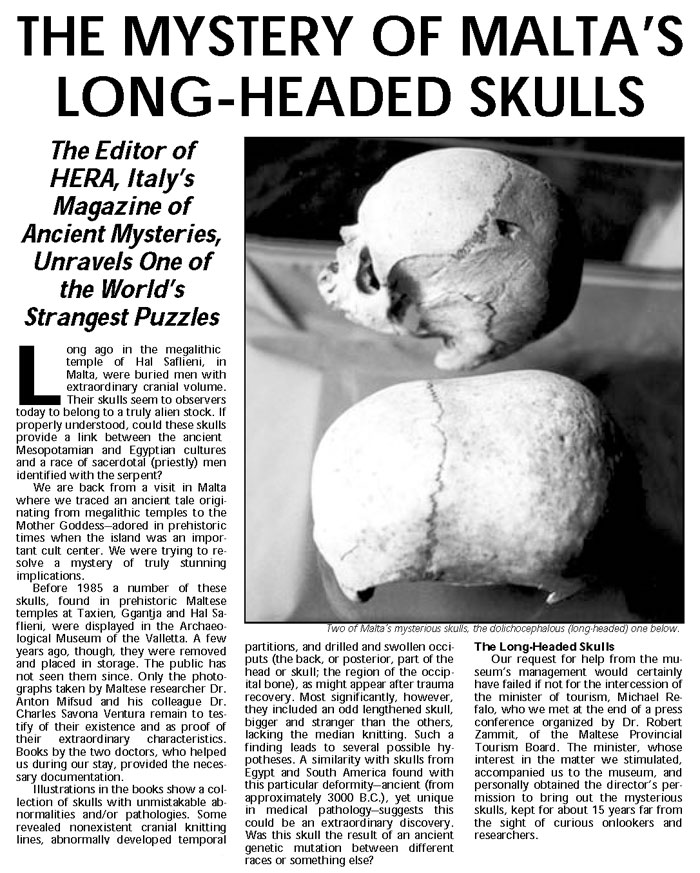