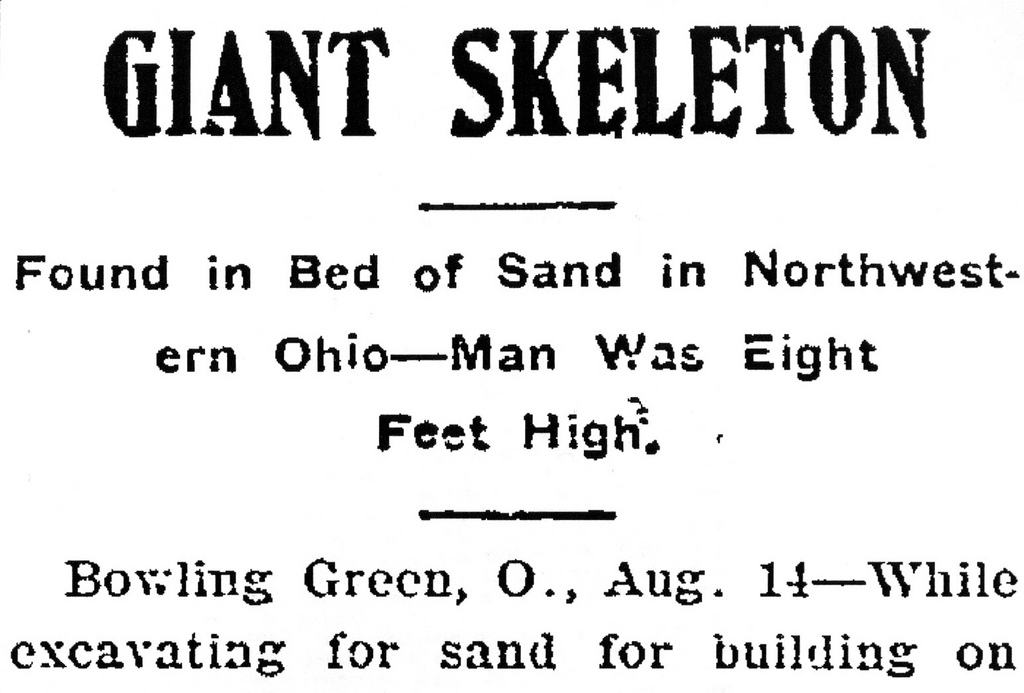 Found in Bed of Sand in Northwestern Ohio-

Bowling Green, O., Aug. 14-While excavating for sand for building on+

Giant Dug Up in Ohio-

The skeleton of a prehistoric giant was exhumed near Bowling Green, Ohio, recently by a colored laborer. who, terrified by his find, ran breathless to the nearest farmhouse and notified the neighborhood. A large crowd

gathered and viewed the peculiar remains and the huge bones now lie at the home of Charles Whittmer, where people go constantly to see them. The skeleton was placed together as it was in life, measures nearly 9 feet in length. The skull measures almost 12 inches in diameter and there are two distinct rows of teeth in the massive jaw. The bones are well preserved, with the exception of the pelvic bones which are considerably decayed. The bones were at first thought to be the remains of some Giant Indian, but the shape of the head is not the shape of the skull peculiar to the Indians and the age in which the man lived is still in doubt.