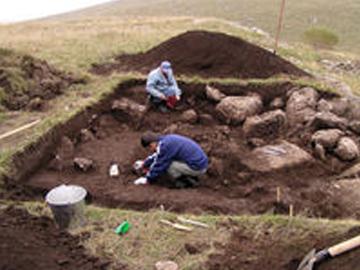 Relics of a giant man of 2.5-3 meter height were found in the Southern Georgia. The bones found are dating 25,000 years back.

Georgian academic Abesal Vekua called the discovery a sensational one.

“The discovery is a sensation as scientific circles have for many years run discussions on giants living in the regions of Eurasia,” Georgia online reports.

According to Vekua, those people lived and developed separate from civilizations. Scientific literature mentions them as giants though no facts prove this hypothesis.