Ancient Artifact, Mud fossil, Human Finger, The only One Of It’s Kind.
I loved the artifact the moment i saw it. Although it creeps me out every time i open the box and see it again. Some claim, “It’s just a rock.” They “know” humans did not live with dinosaurs, so it can’t be a fossil finger, no matter how much it looks like a finger. Real scientists perform experiments that will test their conclusions. We plan on getting scans by means of x-ray, CT Scan and MRI to see if it is truly a fosssilized human finger or a miraculously wonderful random rock. Keep an open mind, we’ve been preconditioned by popular media and “educated” to believe that soft tissue does not fossilize, and that man was nowhere to be found when rocks were forming.
This fossil was replaced with quartz. It is likely that this large individual was torn apart, flesh and bone was disarticulated, and probably scattered. Not only was the finger torn off but it was nearly split long ways diagonally. The skin was ripped and rolled, and the shape is distorted as you would expect. The fossil clearly had the shape of a human finger. The fingernail and cuticle were clearly visible and perfectly formed and proportioned. The bone matrix is clearly defined, and features consistent with flexor and extensor tendons are present.
We have seen dozens of fossil human fingers before, and they are undeniably fossil human fingers. Although permineralized into the elements these people were preserved when the rocks around them were formed, which makes them the same age as the rocks.

left: is the most famous fossil human finger replaced with limestone & displayed at CEM in Glenrose Texas. This fossil finger belonged to a “prehistoric” human. The fossil, known simply as “DM93-083” dates from the Cretaceous Period 100 to 110 million years ago, in an overly exaggerated timescale. This finger was broken short of the middle joint. while ours was broken just before the last joint.

THE GIANT MUMMIFIED FINGER FROM EGYPT

It was said to have been found in the grave of a giant mummy somewhere near the Giza pyramids. Were the finger to belong to a human being, that human would be some 16 feet tall . The finger is 15” long. Spörri left Egypt after his short encounter with the strange artifact, but in 2009 he returned, compelled to learn more. Unfortunately, the old man had vanished, and with him went the giant finger, never to be seen again. All that’s left are strange photographs.

HERE IS WHAT THE DISCOVERER: (SEAN BOHLER) SAID:

“Antediluvian, human finger. I found it digging for unique rocks. I am an amateur archeologist and I have a knack for finding FINGERS, FEET, TOES, and HANDS….so far. My goal is to prove that most rocks are flesh, from the antediluvian world, that God destroyed, with The Great Flood, and they are right under our feet. And the monsters that walked the earth, before that Great Flood, were created by, hybrid DNA engineering, (ancient technology) taught to man by the Nephilim.”
“A “mud fossil” is an ‘antediluvial’ (Pre – Noah’s Biblical Great Flood) body part, (rock). Actually the result of the flood. It is my understanding that when God flooded the earth, billions of pre-flood creatures walked these lands, which I believe was “Pangea” then, but that is hard to prove… It took 40 days and 40 nights to flood the earth to the tops of the mountain peaks… All living things were buried and petrified with heat trying to escape everywhere… now it took 153 days for the waters to recede. The ginormous waves, continents shifting into the position we have now, and the right amount of time… everything that was buried got torn apart into pieces. Rocks are so very different from each other because of the “Nephilim technology” and “hybrid engineering”…
I could go on and on but I think that’s the enough to maybe open your mind a little. You will feel a weird sensation in your tummy when and if you indeed buy this mud fossil, and feel it in your hands and look at it up close with your own two eyes.”

“Your “mud fossil fingertip” was found about 5 feet deep in the earth (I like to dig) in Port Orchard, Washington State, right at the end of a rolling hill, evergreen trees are everywhere. The Kitsap Peninsula. Close to the Olympic Mountains, and about 25 miles southwest of Seattle, as the crow flies.I call these fossils “mud digits”. You truly have purchased a very unique item. You are the very first one to buy one of my mud digits. Please leave a good review when you receive it. My name is Sean Bohler, and I am on a quest to prove Noah’s flood.”

THE TOP SURFACE OF THE FINGERTIP:

THE TORN BASE OF THE BACK EDGE:

The item is creepy. Every time i roll it around in my fingertip it is indeed unnerving. It gives you the feeling that this was someone, not a inanimate object. It wouldn’t be more real if you cut off your own finger.
If you would like own a replica of this item, let me know I may just make that happen.
Chris L Lesley / GAWMuseum

Can Soft-tissue Fossilize? . . . Without Question, YES! 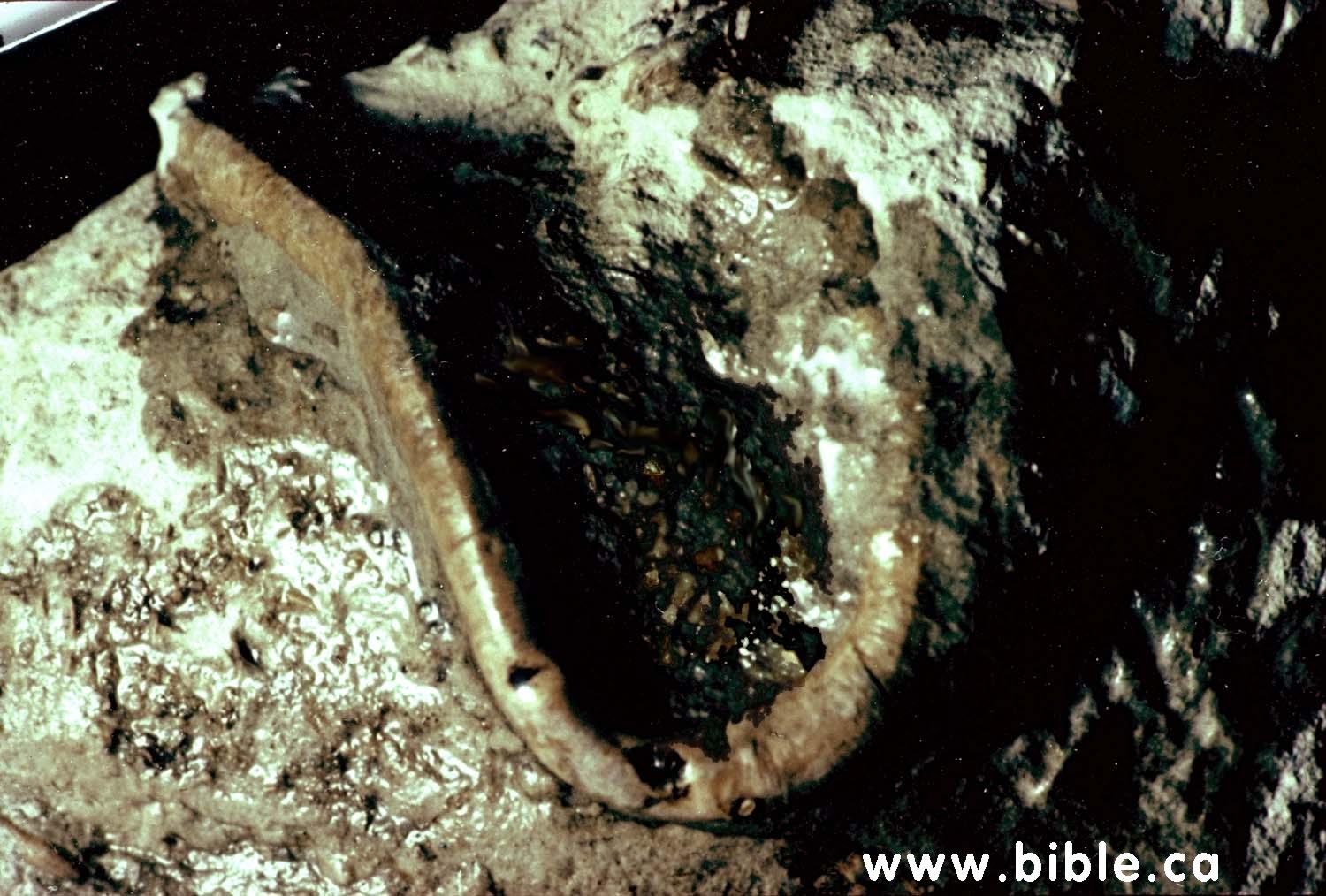 One of the biggest criticisms is that soft tissues do no fossilize. Misguided people still state this propaganda in spite of an over abundance of evidence to the contrary. This is a fossilized worm, this one is displayed at the Creation Evidences Museum. In fact since they have displayed this thousands of other fossilized worms have been discovered. 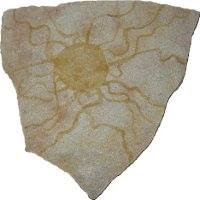 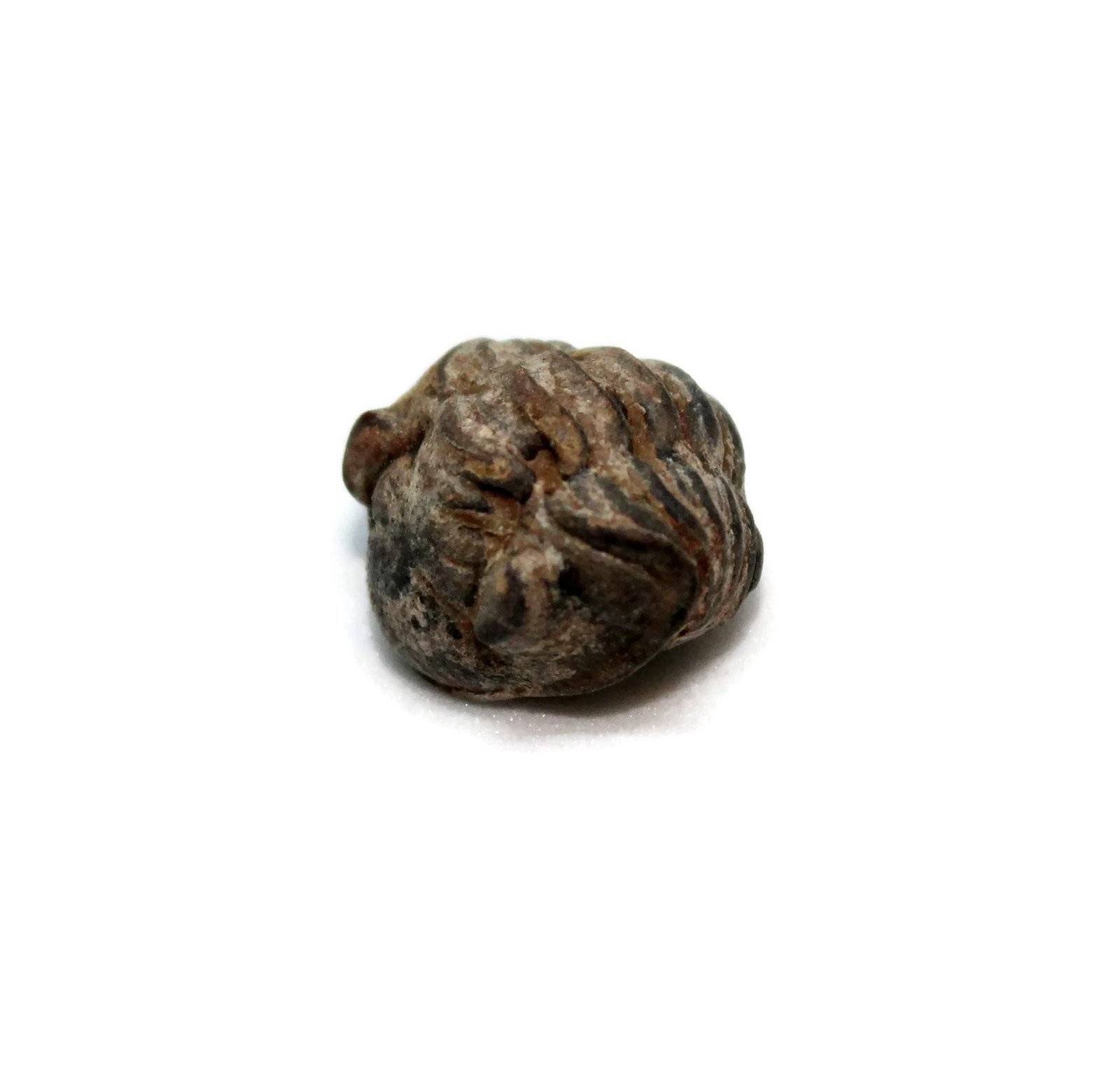 Another skepticism comes in the form of the dismissal by stating, “That’s a rock”. The truth is yes this rather large human finger is a rock. Fossils are rocks, except when they are not rocks. Meaning in the cases of preserved bones and biological materials they are not rock. By this standard a trilobite is a rock. How is a trilobite fossil not a rock?
So is it a finger or a rock? Yes, its a finger. It is also a rock just as this worm, this jellyfish and trilobite are rocks.