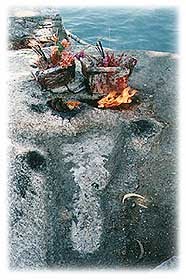 In a place called Batu Maung, located in the state of Penang, Malaysia lies a Chinese temple known as the “Sam Poh Footprint Temple”. The temple was built only in 1993 and the local Chinese fishermen here are said to pay respects to the temple before going out to sea each day. Therefore, this temple is currently only 18 years old.

According to locals, the foot print which is stamped on solid rock is believed to be more than a century old. (Himanshu Bhatt-Neo Sentuhan)

The local Malays believe that it “Tapak Gedembai” belongs to a gigantic figure known as Sang Gedembai who was strong and feared by the locals. According to this version, one day while a villager was chopping wood, 1 piece flew high enough and caught the eyes of the nearby terrified giant who ran for his life leaving heavy footprints all over which is still visible till today. 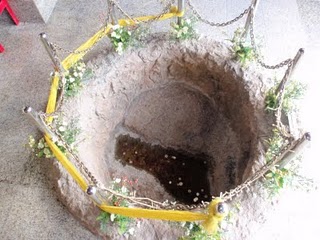 All 3 others are not too far away from Batu Maung.