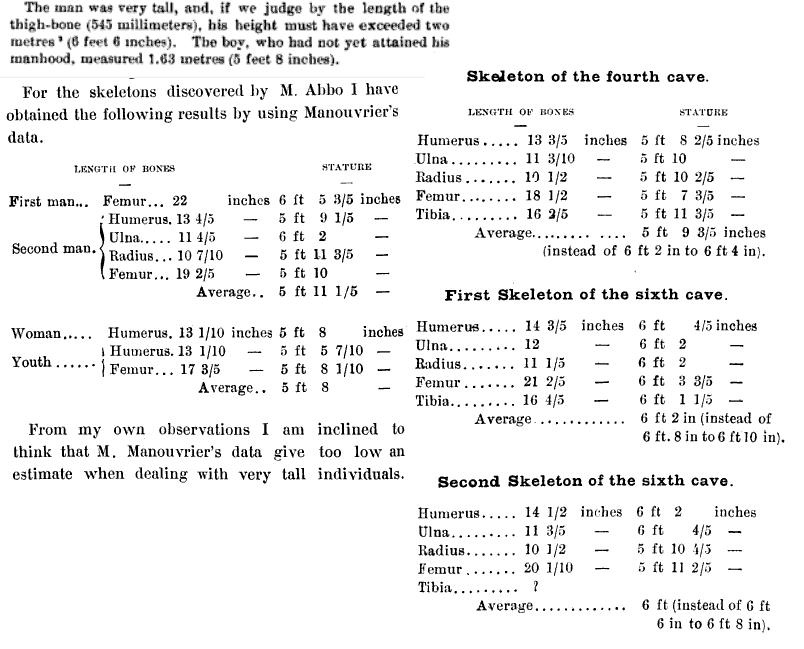 “Take for example the giant man of the Barma Grande cave, near the seacoast of the Franco-Italian border. The giant skeleton was found in 1892, measured in natural position it was 7 feet 6 inches from toe to the top of the skull as measured by M. Abbo. The femur of the giant was 22 inches long, and measured in situ, from heal to shoulder the giant was 6 feet 1 inch– clearly a massive man. So massive indeed that many anthropologists had concluded that the giant when living was an easy 7 foot tall– others were eager to downsize him, and declared he was not in fact a giant, but simply a 6 ft 4 inch tall man. Hmm… I wonder how many other giants have been downsized throughout the century? For the record, a femur that is 22 inches long is proportionate for a man who is at least 6 ft 8 1/2, but more likely about 7 feet.”