According to theories and evidence, it is believed that . . . . . there were giants species that existed in earth. The evidence of their remains buried beneath the earth in form of fossils that until now, are still intact.

There are thousand of fossilized giant species from Mesozoic (layer) . . . . . But . . . . . .  they’re gone. And the only evidence of their existing is their fossils. 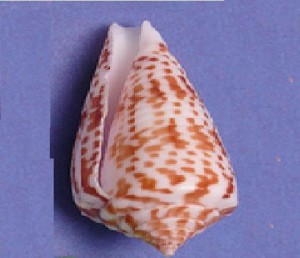 Here is the image of beech cone shells or known as “Conus Betulinus”. This species can be found at any part of ocean floor. But they are only 2 inches of size and currently existing.

Fossils Evidence of “Giant Conus Betulinus”
Image at the top  is the fossilized beech cone shells or Conus Betulinus. It is buried beneath the earth . . . . It was discovered by Rommel Cayao while searching of fossils at Punta Bulata Negros Occidental. The fossil of this Giant beech shell is still on the place where it found.

The size of this fossilized shell is estimated

and can be considered as the largest giant beech cone shells ever discovered.